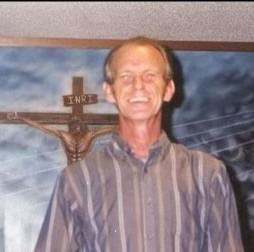 He was born April 26, 1950 to the late Richard and Chloe Brock in Red Bird, KY. He was a devoted Man of God for over 30 years and pastored Ferndale Pentacostal Church for many of those years. He was also a dedicated coal strip miner for over 40 years. Walter was a very loving and devoted husband, daddy, papaw, brother, uncle, and friend who enjoyed outdoor activities and spending time with his family.

In addition to his parents, he was proceeded in death by his daughters Roxanne Brock and Carol L. Brock Harris, brothers Fred and Matt Brock, and sister Carolyn Brock Cline.

He is survived by his loving wife of 53 years Linda C. Smith Brock, son Wilburn “Wilb” (Erin) Brock of Millbrook, Alabama, special grandchildren; Dakota (Kaitlin) Harris of Harrogate, Lexi Brock of Millbrook, Alabama, Rodney (Evelyn) Brock of Middlesboro, special son-in-law Tim Harris of Tazewell, and adopted grandson Eli Gilbert; brothers Chester (Ruby) Brock of California, Charles (Denise) Brock of KY in addition to a host of nephews, nieces, cousins, and friends who are left to cherish his memories and will miss him dearly.

Funeral services will be conducted 4:00 pm Monday, July 25, 2022 at the Green Hills Funeral Home Chapel with Darryl Lowe presiding and Shannon Harris reading the obituary. Music will be provided by Luther Adkins and Bobby Ulrich.

Interment to immediately follow at the Brock-Harris Cemetery in Harrogate, TN.