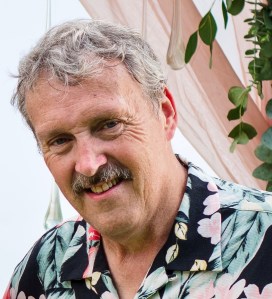 Roger Lee Proffitt passed away at his home in Sugar Hill, Georgia, on July 21, 2022.
Roger was born on August 12, 1956 in Middlesboro, Kentucky, to Clarence and Opal Proffitt.  Roger graduated from Bell County High School in 1974.  He later earned Bachelor’s and Master’s degrees from Sullivan University in Louisville, Kentucky.  Roger retired from Hansgrohe as a Human Resources Generalist .
Roger was an avid University of Kentucky Basketball fan, a runner, tennis player, fisherman, and gardener.  He didn’t like to sit still.  Roger was much loved by his family and friends.  He was always  calm in a storm.
Roger was preceded in death by his parents and brothers Larry, Ralph and Denver.  He is survived by his adoring wife of 46 years, Robin (Baker) Proffitt of Sugar Hill, sons Ryan and Travis (Chelsea) Proffitt of Atlanta, honorary son, Ricky Polston, also of Atlanta.  In addition, Roger leaves behind brothers James (Barbara), David Ancil, and Junior Proffitt, and sisters Brenda Henderson, Leisha Cifferi, and Lucy Proffitt.  Roger will be much missed by his brothers-in-law Jeff and Jack Baker and sisters-in-law Rhonda Parero and Sarah Baker.  Roger also leaves a host of nieces and nephews, including Marydith Smith, who helped care for him in his final months.
Roger chose cremation.  The family is planning a small gathering to share memories.  In lieu of flowers, please consider becoming an organ donor.  You may also choose to donate to the American Diabetes Association, the Spinal Cord Injury Foundation or other charity of your choice in Roger’s memory.