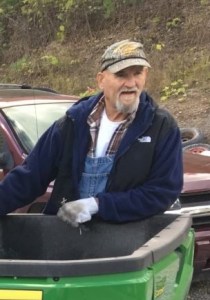 Paul Edward Huddleston, Sr., age 77, of Middlesboro,KY,  passed away on July 2, 2022 at the Middlesboro Appalachian Regional Hospital in Middlesboro, KY.

He is survived by his beloved wife Deborah Huddleston

Cawood Funeral Home, Middlesboro, KY, was in charge of all arrangements.