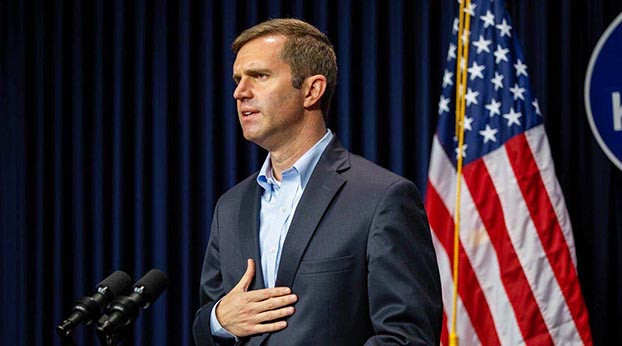 Kentucky Gov. Andy Beshear gives an update on the state’s COVID-19 situation, as well as updates about the storm response in western Kentucky. - Kentucky Today

Thursday was the day most laws created by the Kentucky General Assembly took effect, and Democratic Gov. Andy Beshear told reporters he believes a new charter school law is unconstitutional. 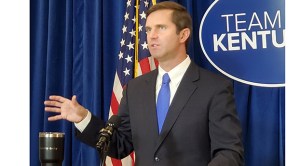 Republican-led majorities in the state House and Senate overrode Beshear’s veto of House Bill 9 on April 13.

Five years ago, Kentucky legislators passed a law to allow charter schools, but that did not establish any funding mechanism. By state law, charters are public schools. HB9 calls for creating two pilot charter schools, one in Louisville and the other in northern Kentucky.

It also revised the appeals process for entities seeking to create a charter school. Now, applicants that the Kentucky Department of Education rejects can request the department help them shore up their application. Lawmakers carved out an exception allowing districts with fewer than 7,500 students to block a rejected charter school applicant from appealing.

During his Thursday press update, Beshear brought up some of the same arguments he made in vetoing the bill back in April.

The governor said a past attempt to establish a charter school was struck down in the court because it established a pilot program in one city, Louisville. This bill, he said, singles out two communities.

“I believe charter schools are unconstitutional, period,” Beshear said. “The (state) constitution talks about public dollars only going to public schools. I believe that there are decisions in the past that upheld that. And listen, the idea that we would take money away from our public schools because you don’t think that they’re doing well enough, and then give them to a different group that you put less restrictions on than the public schools not only isn’t fair, it’s going to leave more students behind than it’s going to lift up.”

Charter schools have been opposed by public school teacher groups in Kentucky. One of those groups, KY 120 United-AFT, earlier this year filed an ethics complaint with the Kentucky Legislative Ethics Commission against state Rep. Kim Banta, R-Fort Mitchell. The group claimed she benefitted from the northern Kentucky charter school provision because her husband works for a firm that had plans for an “urban academy” in a planned development project in the northern Kentucky region.

Kentucky currently is one of a handful of states that do not have charter schools in operation.