LMU almuna gives back by helping those in need in Ukraine 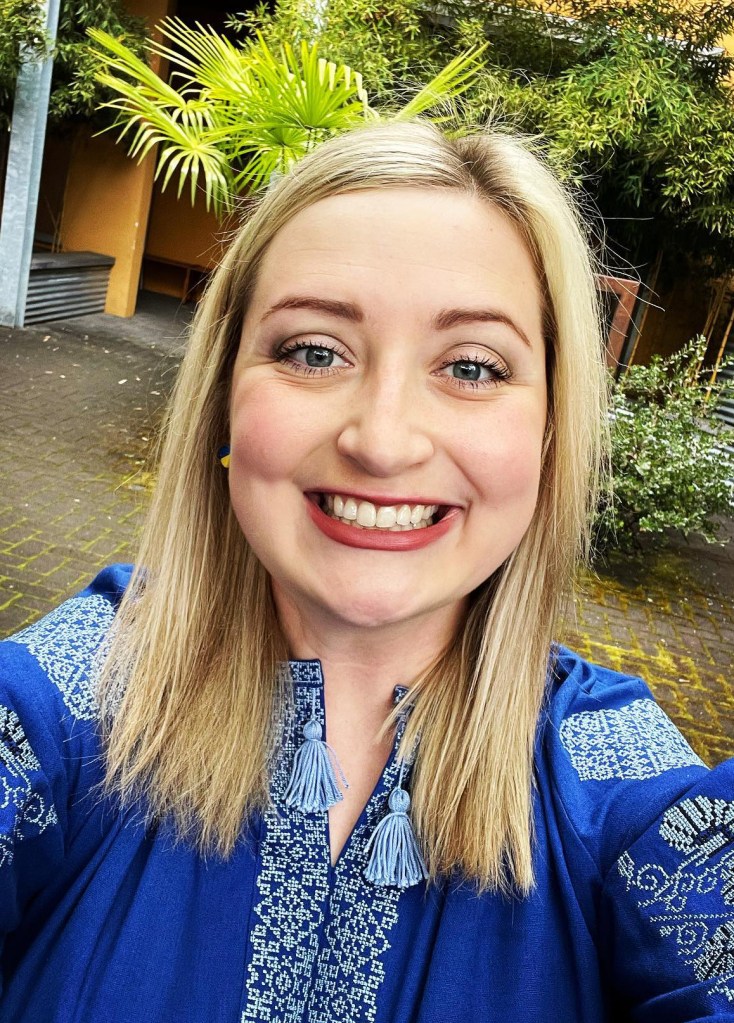 Lincoln Memorial University alumna Dr. Tanya Bucierka has been busy this year giving back to those in her family’s war-torn homeland. 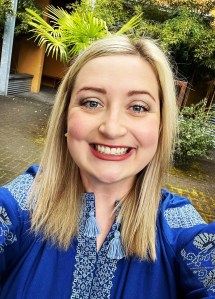 “I can say I have never been more proud to be Ukrainian,” Bucierka said. “I did everything from treating refugees in shelters, schools, and gymnasiums to lecturing about chemical warfare, to also teaching ER doctors, ICU doctors and surgeons about the use of point-of-care ultrasounds in the setting of trauma and critical illness. I also volunteered making camouflage nets for the military. This was an experience I will never forget.”

Bucierka grew up in a community of 25,000 Ukrainians in Rochester, New York. For three years she worked as an EM scribe and “fell in love” with the Emergency Department. While at LMU-DCOM she was president of the Emergency Medicine Club among her many activities. She completed a three-year emergency medicine residency in Rochester and was chief resident her third year.

“Ukraine has a special place in my heart,” Bucierka said. “I grew up speaking Ukrainian before English because both sets of grandparents immigrated from Ukraine after World War II, and I’ve spent multiple summers there with family.”

“Since February 24, I was sickened by watching the atrocities on TV,” she said. “I knew with my language skills and emergency medicine training I had to do something, so I began applying with various organizations.”

From April 16 through May 9, Bucierka was doing global health and disaster medicine, the first week with Team Rubicon lecturing physicians on chemical warfare and blast injuries and treating internally displaced people in shelters. During the second week she and friend, Merril Tydings, RN, created their own mobile medical clinic going from shelter to shelter to treat refugees. In between treating refugees, she found time to volunteer to make camouflage nets for the military. In the final week she worked with Med Global, teaching ultrasound in person and virtually to doctors in East Ukraine. While treating refugees, she also heard their heartbreaking stories.

“Many of the people left their houses with just their  passports in hand and got on a train going to somewhere safer. These refugees are scared to leave their shelters, the schools, the gymnasium that they’re living in because they don’t think that their medical problems matter,” she said. “They don’t want to take away from the medical care being given to the front-line soldiers.”

Bucierka fundraiserThe visit coincided with Ukrainian Easter and she was fortunate to be able to spend time with family as well. Inspired by the resilience of the Ukrainian people, she hopes to return soon.

“It was very powerful being able to go and give back to Ukraine, a country that formed my family and I would not have been able to be a doctor if it wasn’t for the country Ukraine,” she said.

Bucierka is an attending physician with Eugene Emergency Physicians in Eugene, Oregon.

Before her trip, she held a two-day fundraiser with Coldfire Brewing in Eugene and raised $6,400 for Ukrainian Medical Association of North America .

Team Rubicon serves communities by mobilizing veterans to continue their service, leveraging their skills and experience to help people prepare, respond and recover from disasters and humanitarian crises. MedGlobal is a humanitarian and health non-governmental organization working to serve vulnerable communities around the world by providing innovative, free and sustainable health care.