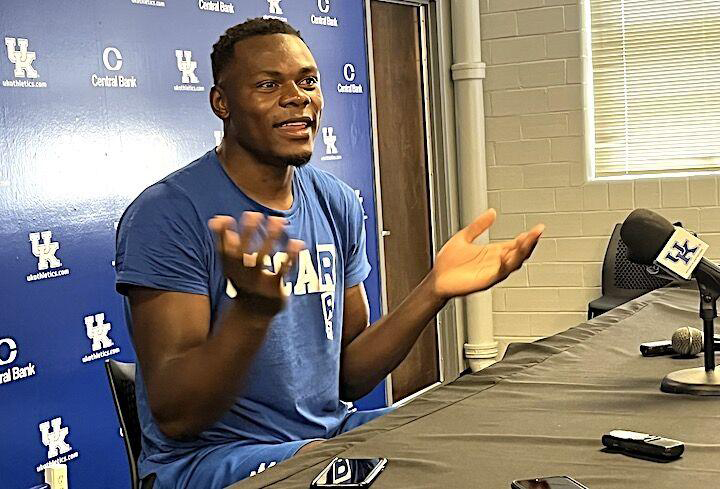 Oscar Tshiebwe wanted to change his number, but being turned down didn’t change his goals for the upcoming season. 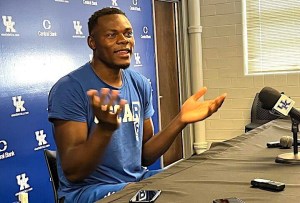 “We all got one goal, it’s for No. 9,” Tshiebwe said Thursday. “I came back for one reason and I hope God will fulfill our purpose. Before I leave here — I don’t just come in, pick up my trophy, and go home — No. 9 — that’s my purpose.”

The Kentucky senior forward and the reigning consensus college basketball Player of the Year will be a big part of the equation as UK seeks a return to the Final Four for the first time since 2015 and the school’s first national title in more than a decade. The Wildcats won their eighth national title in 2012.

Tshiebwe didn’t declare for the NBA Draft and was intent on returning for a second season throughout the decision-making process last spring.

The team’s roster, which features a solid nucleus of veterans and newcomers, is a mix that Tshiebwe has embraced this summer. The freshman class, which features Cason Wallace, Chris Livingston and Adou Thiero, has impressed Tshiebwe.

“It’s been great,” he said. “I’m loving my team and everything is going good. We’re working and getting better.” I love the competition. We play 5-on-5 and it’s not easy and you can get easy buckets. They just play, (they’re physical) and I love that.”

Personally, Tshiebwe has been working various parts of his game to complement his rebounding skills and ability to move around the basket in the post.

Tshiebwe wore No. 34 last season and wanted to change his jersey to No. 9, but NCAA rules prevent players from wearing numbers 6-9. The rule, in place for decades, involves hand signals by referees, meaning hand signals for No. 6 could easily be confused with No. 51 when officials use both hands to communicate with the scorer’s table.

“Why did the NCAA stop with number five? You cannot go up,” Tshiebwe added. “I was trying to get number nine, to wear number nine, just to remember this is my number for this year, I have a purpose for this number but they told me I can’t wear number nine. The numbers stop at 5. I was like, ‘wow this is crazy.’”