More than half of Kentucky is under drought conditions 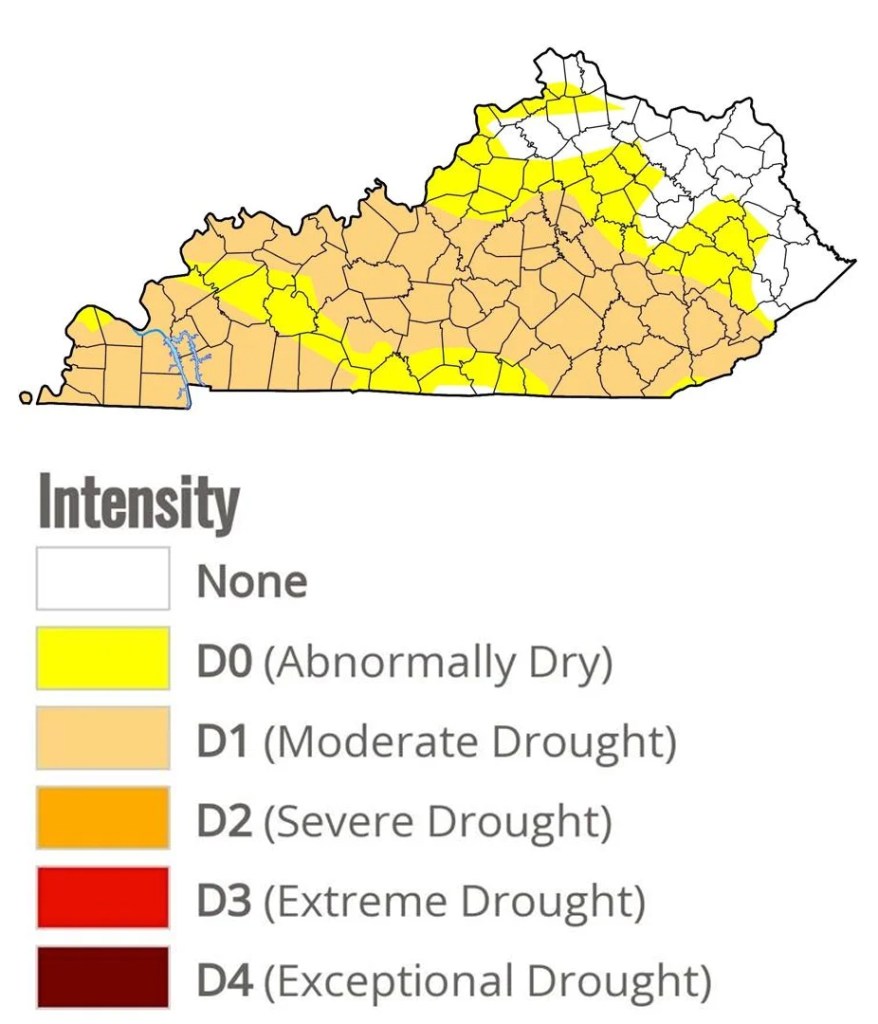 Despite welcome rain in parts of the state over the past seven days, the weekly U.S. Drought Monitor report issued on Thursday shows more than half of Kentucky is now in the “moderate drought” category. 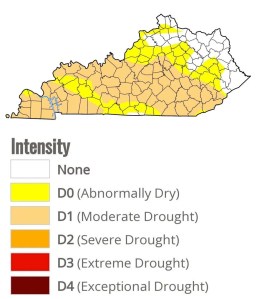 Fifty-five percent of Kentucky is considered in moderate drought in the latest report, up from 31.05% last week. As a result, the part of the state considered “abnormally dry,” which is one step below a drought situation, has dropped from 48.01% last week to 25.54% currently. The “none” category has also shrunk from 20.94% to 18.85%.

The estimated population of Kentucky now in moderate drought is 1,757,300, according to the U.S. Drought Monitor, which is produced through a partnership between the National Drought Mitigation Center, or NDMC, located at the University of Nebraska-Lincoln; the U.S. Department of Agriculture; and the National Oceanic and Atmospheric Administration, via the National Weather Service. The map is courtesy of the NDMC.

Brad Pugh with the National Weather Service says, “Through the valid reporting period, ending at 8 a.m. EDT on July 5, the rapid onset of drought continues to affect parts of the Corn Belt along with the Ohio and Middle Mississippi Valleys.”

But there could be some good news in our future, at least in the short term, according to Pugh.

“A swath of heavy rainfall, 1 to 3 inches, locally more, is forecast from the Middle Mississippi and Ohio Valleys southeastward to the Mid-Atlantic States from now through July 11. The Climate Prediction Center’s 6-to-10-day outlook, which is valid July 12-16, favors below-normal temperatures for the Great Lakes and Midwest.”

Kentucky is considered part of the Midwest in the weekly U.S. Drought Monitor reports, which take into consideration readings gathered on Tuesday morning, with the report generated on Thursdays.