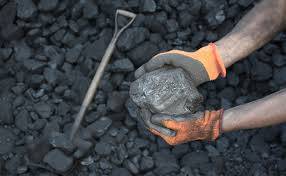 Thursday’s U.S. Supreme Court decision regarding the Environmental Protection Agency not having the power to mandate coal-powered electricity plants to either reduce their production or subsidize gas-, wind- or solar-powered plants is a “win” for Kentucky, according to the state Attorney General Daniel Cameron.

Cameron, a Republican, issued a statement on Twitter on Thursday afternoon hailing the court’s 6-3 ruling in EPA v. West Virginia. His office submitted an amicus brief last December in the case, arguing the Clean Air Act does not give the EPA the “authority to regulate the coal industry out of existence.”

The ruling “prevents the EPA from doing irreparable damage to our coal industry and implementing a plan that could have increased electricity costs in the Commonwealth by as much as 27%,” Cameron said on Twitter.

The attorney general was not alone in celebrating the ruling. U.S. Rep. Hal Rogers, R-Kentucky, who has represented Eastern Kentucky in Congress for more than 40 years, said he had warned the agency was going beyond its authority for years and that its policies led to thousands of coal miners in his district and other parts of the state losing their jobs.

“The court’s ruling now requires the EPA to have ‘clear congressional authorization’ before taking action on carbon emissions, ending the unregulated strangle-hold that unelected bureaucrats have had on our nation’s energy sector for years,” Rogers said in a statement. “The Supreme Court’s ruling is an overdue victory for Kentucky and the American people that could bring relief in energy costs when we need it the most.”

While conservatives lauded the ruling, environmentalists raised concerns. The Natural Resources Defense Council said the “aggressive decision” still allows the EPA to do its job. Still, the court gave the agency fewer options to control carbon emissions at power plants.

“As the nation’s environmental guardian, the EPA must use every tool in the kit to protect millions of people in this country and around the world who are suffering from the heatwaves, floods, fires, and storms made worse by climate pollution, “NRDC President Manish Bapna said in a statement. “The agency should engage immediately with stakeholders and propose new rules, by year’s end, to achieve the greatest possible cuts in carbon pollution from power plants.”

Thursday’s decision is the latest in the string of high-profile rulings the court has made in the past week, including decisions that overturned limits on concealed carry gun rights in New York and ruled that states have the power to determine if abortion should be legal.

“The Supreme Court has taken monumental action in recent days to get this nation back in alignment with our Constitution,” Rogers said.