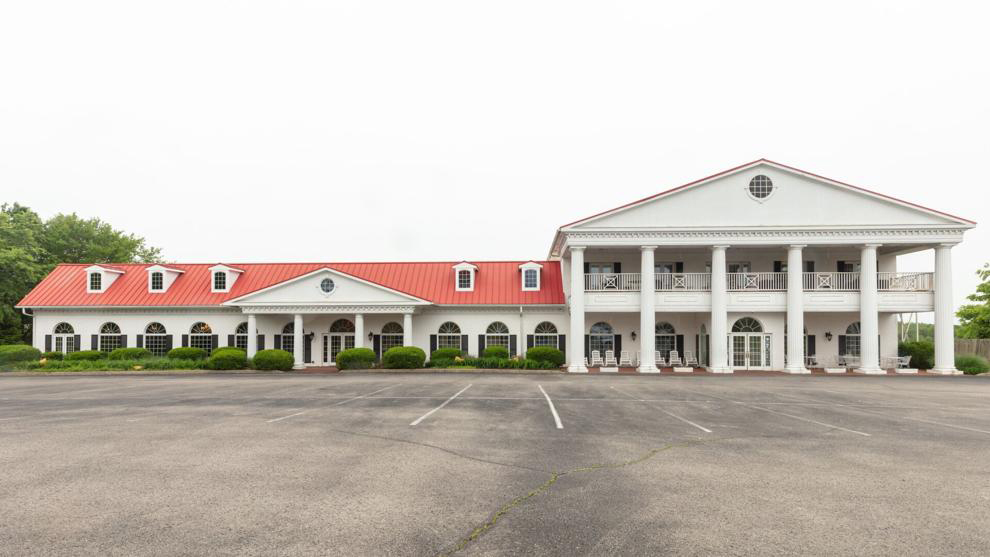 Col. Harland Sanders and his wife, Claudia, were part owners of this Shelbyville landmark, since it opened in 1959. Photo from Six Degrees Real Estate via Kentucky Today

SHELBYVILLE – Claudia Sanders Dinner House, a Shelbyville landmark restaurant Colonel Harland Sanders created for his beloved wife, is going up for sale, along with the trademark and likeness of the Claudia Sanders name.

The sale not only includes the restaurant and property, which additionally houses the former primary residence of the Sanders for more than 25 years, but also memorabilia from the Sanders family, including Colonel Sanders’ original Kentucky Colonel certificate, a Happy Birthday letter from President Nixon to Colonel Sanders, Colonel Sanders’ Bible, money clip, wristwatch, and many more historical items.

The estate sale is being handled by Six Degrees Real Estate, and Jonathan Klunk, a listing agent and family representative, said, “Claudia was the unspoken hero of her husband’s success in business. And he wanted to honor her by creating Claudia Sanders Dinner House and associated brands. There is so much rich history included in this sale; it is exciting to think about the potential that lies ahead for the right buyer – to honor and protect this legacy and grow the brand even further.”

After their years in Corbin, the Colonel and Claudia moved to this property and opened Claudia Sanders Dinner House, which was also the first KFC headquarters. Known for its famous yeast rolls, creamed spinach, pies, and southern comfort cooking, Claudia Sanders Dinner House has been a staple of the Shelbyville community since its grand opening in 1959, with visitors traveling from all over the world to visit.

“The restaurant has only been owned by the Sanders and their close friends, the Settles,” stated Morgan Hancock, another family representative and listing agent. “The Settles are now committed to finding the next caretaker of this historic brand that will not only fight to maintain its legacy, employees, and staple dishes here in this community, but potentially expand the Claudia Sanders brand nationwide.”

The physical property includes 3.01 acres of commercially zoned real estate, the two structures including a 5,000 square foot residence belonging to Colonel and Claudia Sanders from 1959 to 1984, named Blackwood Hall, and an almost 25,000 square foot restaurant and banquet hall. For more information about the sale, view the listing here.

Col. Sanders died in 1980 at the age of 94, while Claudia Sanders passed away in 1996, when she was 90.  Both are buried at Cave Hill Cemetery in Louisville.