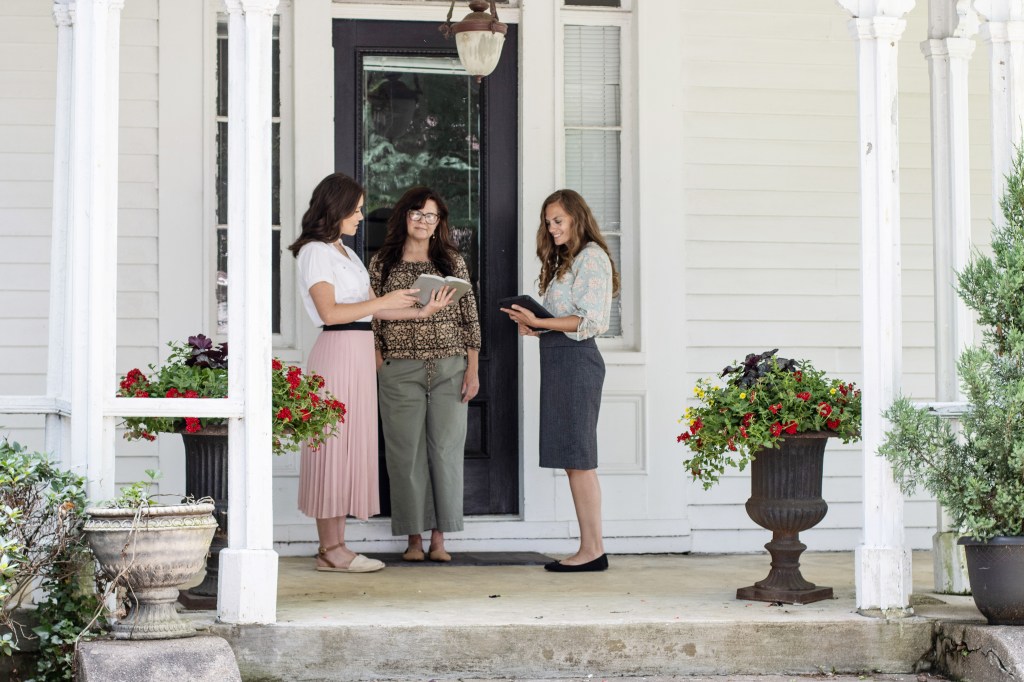 Jehovah’s Witnesses’ right to preach from door to door without a permit was recognized by the U.S. Supreme Court 20 years ago in a free-speech case affecting all Americans. Photo submitted

While Jehovah’s Witnesses have chosen to temporarily suspend their door-to-door ministry due to the pandemic, their activity was almost permanently banned by one U.S. village in the late 1990s — that is until the U.S. Supreme Court stepped in with a historic 8-1 decision on June 17, 2002, declaring the local ordinance unconstitutional.

As the 20th anniversary of that precedent-setting decision nears, some Bell County residents wonder what their lives would be like if one of their neighbors had not knocked on their door and shared a life-changing message with them. Constitutional scholars marvel at the outsized impact the decision has had on the protection of free speech for all, agreeing with Justice Antonin Scalia’s opinion in the case, “The free-speech claim exempts everybody, thanks to Jehovah’s Witnesses.”

Amy Sansom had no idea who Jehovah’s Witnesses were before they knocked on her door in 2005. “I was in a really bad place and searching for [a sense of] belonging.” She thought, “They’re here at the door – why not answer?” That doorstep conversation ignited hope. “I was just blown away by their kindness,” recalls Amy, who is one of Jehovah’s Witnesses in Barbourville.

The 2002 Supreme Court decision in Watchtower v. Village of Stratton, affirmed that a local village ordinance in Stratton, Ohio, requiring a permit to knock on doors violated the rights of any person who wanted to engage in free speech with their neighbor, including Jehovah’s Witnesses who practice door-to-door evangelizing. The Court overturned two lower court rulings that upheld the ordinance, and thus paved the way for all citizens to maintain open dialogue with their neighbors on any number of issues including environmental, civic, political or educational.

“Looking back on the two decades since the decision, it’s clear to see the wide-ranging impact that Watchtower v. Stratton has had on free speech for all,” said Josh McDaniel, director of the Religious Freedom Clinic at the Harvard Law School. “This is just the latest of some 50 Supreme Court victories by Jehovah’s Witnesses that have helped establish and broaden First Amendment jurisprudence throughout the last century.”

The village of Stratton became a center of controversy in 1998 after the mayor personally confronted four Jehovah’s Witnesses as they were driving out of the village after visiting a resident. Subsequently, the village enacted the ordinance “Regulating Uninvited Peddling and Solicitation Upon Private Property,” which required anyone wishing to engage in door-to-door activity to obtain a permit from the mayor or face imprisonment. Jehovah’s Witnesses viewed this ordinance as an infringement of freedom of speech, free exercise of religion and freedom of press. Therefore, they brought a lawsuit in federal court after the village refused to modify their enforcement of this ordinance.

“Our motive for initiating the case was clear: We wanted to remove any obstacle that would prevent us from carrying out our scriptural obligation to preach the good news of the Kingdom,” said Robert Hendriks, U.S. spokesman for Jehovah’s Witnesses. “Making it a criminal offense to talk with a neighbor without seeking government approval is offensive to many people, but particularly to God who commanded Christians to preach the gospel.”

While Amy Sansom and her husband continue to engage in a productive ministry through letter writing, phone calling and virtual visits, they are looking forward to knocking on doors again. “I’m excited to go back!” Sansom said. “I was praying to God for help – to send somebody – and it happened. I want to bring what I’ve found to others that are searching for it.”

“We are thankful that we have the legal right to practice our ministry from door to door,” Hendriks said. “When the time is right and conditions are safe, we hope to visit our neighbors in person once again.”

This victory is one of more than 250 rulings in cases brought by Jehovah’s Witnesses in high courts around the world that have expanded the rights of people of all religious faiths. “It’s hard to point to any organization, let alone a religious organization, that has had such a profound impact on the shaping of constitutional law over many decades in the Supreme Court,” said Harvard professor McDaniel.