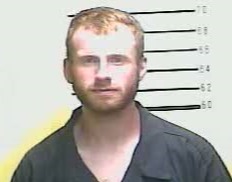 DeHart allegedly took a gray 2009 Ford F-150 for a test drive on Tuesday, May 20, and failed to return it to Ellis Auto. After taking the vehicle, DeHart allegedly went to a BP on 38th St., where he pumped gas and left before paying.

Once apprehended, DeHart escaped from officers at the Middlesboro Police Department. After a short foot pursuit, officers located and placed him in custody again.