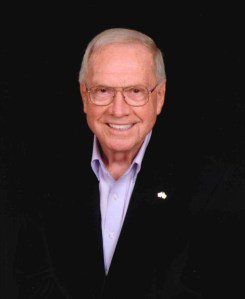 Joseph C. Meredith, age 88, went home to be with the Lord on May 27, 2022 at Middlesboro ARH where he was surrounded by family and a caring nursing staff.

J.C. was beloved by many including his wife of 60 years, and his two daughters, three grandchildren and one great grandchild.

He was a lifelong resident of Middlesboro, Ky., and had a long career as a local businessman.  He was part owner in a men’s clothing store, The Village Men’s Shop.  He started the Credit Bureau of Middlesboro. J.C. was the coordinator of the Bell Co. 109 Board and finished out his long working career as the Codes Enforcement Officer for the City of Middlesboro.  J.C. was elected to the Middlesboro City Council and served for several terms.  He served in The United States Army and was stationed in Korea.

The family would like to extend a special thank you to the staff of the Middlesboro Nursing and Rehabilitation Facility and Middlesboro ARH for their exceptional compassion and care.

In lieu of flowers, the family suggest memorial contributions in J.C.’s honor be made to the Gateway Christian School, 1 Gateway Dr., Middlesboro, Kentucky 40965.

Funeral Services will be conducted at 6:00 p.m. on Tuesday, May 31, 2022 at the Binghamton Baptist Church with Dr. William Boyd Bingham III and Rev. Mike Atkins officiating.

Entombment Services will be held at 11:00 a.m. Wednesday, June 1, 2022 at the Green Hills Memorial Gardens Mausoleum with Mr. Garry Bingham presiding. Full Military Honors will be presented by the Jellico Honor Guard.