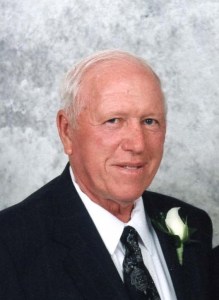 James Drexel Wright, 95, of Coshocton, Ohio passed away at Genesis Morrison House Hospice on Friday May 27, 2022.

James was born in Alva, KY to the late Jeptha W. and Jenny Ella (Cox) Wright.  He served in the U.S. Navy as a Seaman First Class during WW II from 1946-1947.  James was an underground miner for Blackstar & Simco Peabody Coal in Insull, Kentucky.  James was a forty-year member of the Coshocton Masonic Lodge.  He was also a member of the Shriners and Victory Baptist Church in Coshocton.

Along with his parents, he is preceded in death by his loving wife Ruby Ellen (Saylor) Wright whom he married April 22, 1946, Ruby passed away on March 12, 2013; brothers Bill and Harold Wright; sisters Phyllis Carmony, Betty & Geneva Wright, Helen Long and Mildred Daniels.

Friends may call at The Miller Funeral Home, 639 Main St., Coshocton on Wednesday June 1, 2022, from 10:00 AM – 12:00 PM where funeral services will begin at noon with Pastor Ralph Johnson officiating.

An online memorial is located at www.themillerfuneralhome.com .