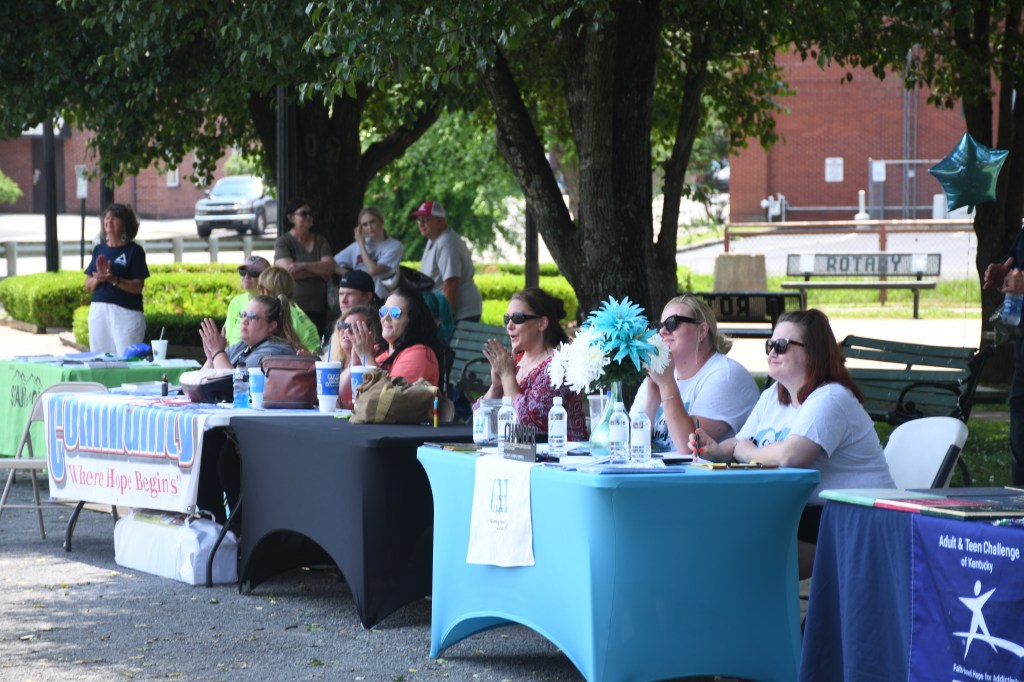 Community members gather to offer resources and show support for those with addiction. -Photo by Elizabeth Manning

Crater of Hope held their fifth annual Walk Away from Drugs event on Saturday.

Crater of Hope, along with six other resource groups, gathered at the city parking lot to help bring awareness to addiction. Board member April Wallace and her friend, Angie, started this event six years ago. Angie was in drug court when they first had the idea to bring this event to life.

“We wanted to bring awareness to addiction, how it affects every family member,” said Wallace. “How we’ve lost so many people; we’ve got resources set up to help people here.” Groups such as Celebrate Recovery, Chad’s Hope, Stand in the Gap, UK tent testing, Southeast Community College, and New Heights Student Ministry set up booths to provide the community with resource they might not be aware of.

“I know its actually helped at least three people, probably many more that’s just not reached back out and followed up. That’s what we want, just to help,” said Wallace. The group made a walk around the block in remembrance of those that have lost their life to drug addiction.