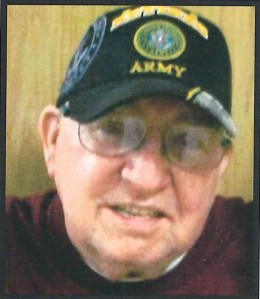 Kenneth Ray Collins, a proud veteran of the United States Army, passed away on May 14, 2022 at his home in Middlesboro, KY at the age of 81.

Ken was born December 15, 1940 in Fonde, KY and is one of 6 children born to Charlie & Cora (Simpson) Collins. He grew up in Middlesboro, KY and later joined the U.S. Army to serve his country. Ken retired from the military with the rank of First Sergeant after having served both stateside and abroad in the Engineering Battalion under the direction of the Joint Chiefs of Staff while stationed at the Pentagon in Washington, DC.

He is survived by his wife of 61 years Lavenda (Longworth) Collins, son Shawn (Yvonne) Collins, grandchildren Michael (Kiplyn) Collins and Megan (Jerry) Hensley, and great grandchildren Haley and Capri Hensley who were the “apples of his eye.” Also surviving are his sisters Wilma Duke and Lavenda (Eugene) Mason and brother Charles Collins along with a host of other friends and relatives.

He was preceded in death by his parents, daughter Tina Renee (Collins) Birdsall, brother Harold Collins and sister Deloris Hart.

Ken will be greatly missed by his family and friends.

Graveside Services will be held at 11:00 a.m. Saturday, May 21, 2022 at the Green Hills Memorial Gardens Mausoleum with Full Military Honors presented.