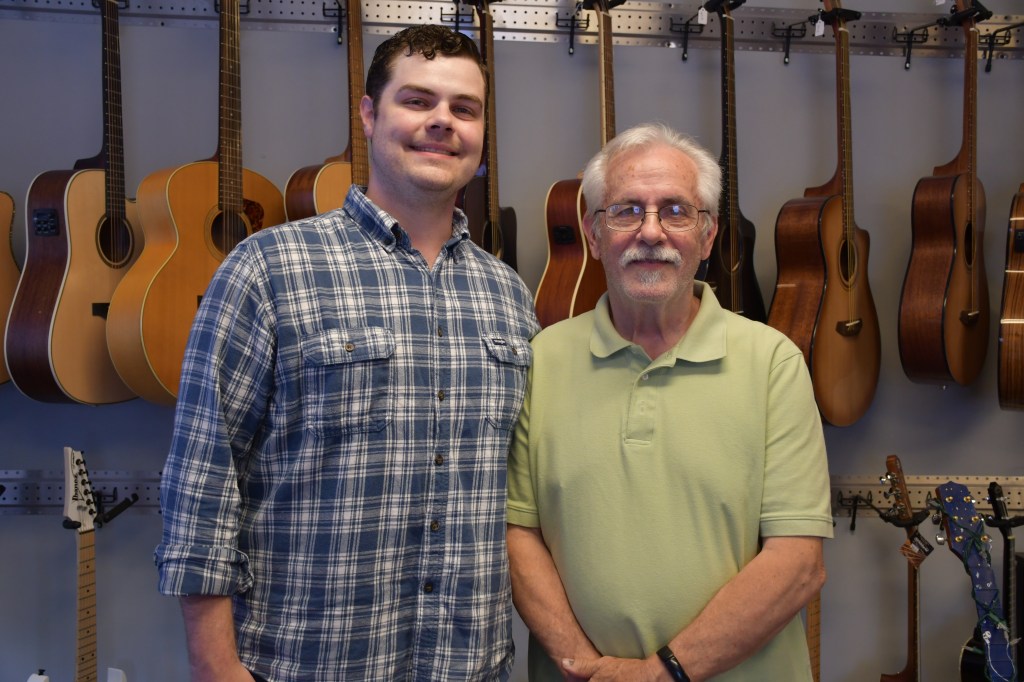 The Western Door Music Festival is returning to the Gap for its’ second year.

Danny and Daniel Chumley opened the doors of Papa Chum’s Music and Rarities in 2015. Both have a passion for music and has played all their lives. Danny, Daniel’s father, said they got affiliated with the Artist Co-Op and in 2017, they were able to put together an event and get involved with the Mountain Fiesta.

“We started out in some of the events that they had before we even had a store here,” said Danny Chumley. He held a seat on the Guardians of the Gap board and was given the opportunity to put together this event last year. “The stage a Gertie’s, you’re looking right into the Gap and of all things, I had a Kentucky quarter in my pocket that said the doorway to the west.” He said this inspired him to name the music festival “Western Door”.

This year, the headliner will be Dale Ann Bradley. Other artists such as Brandon Fulson, Alex Dover, Farrah Jackson and Daniel’s band Stuff-N-Things will be performing. “I like to gear it as much as I can toward local singer, songwriter type so it gets them exposure to their music that they might not get,” said Danny. All artists at the festival are local, even National Artist Dale Ann Bradley is originally from the area.

“When we got in this business, that was always part of the goal,” said Daniel Chumley, “ to be involved with musical events and promoting local music in some way. I mean it says it on our shirts, We Dig Local Music.” He said the headliners might be from somewhere else but they try to keep it as local as they can. “There’s so many people around here that are musically inclined and we always felt like there should be a more musical scene,” he said.

Danny Chumley said there would be vendors at the event with S’more Than a Feeling attending with their gourmet s’mores. He said he was unsure of how many vendors there would be.

Papa Chum’s have supporters such as Bell County Tourism, Claiborne Tourism, Guardians of the Gap, Commercial Bank of Claiborne County, and Cumberland Gap Volunteer Fire Department. “Jon Grace has kind of always helped out with every event that we’ve done. He’s always help us however he could,” said Daniel. This support has made it possible for the music festival to be free to the public this year.

“Without local music, you don’t have national music or international music. It starts local,” said Danny. He also quoted his dear friend Steve Gulley, “You’re giving somebody something they can do all their life and some of these guys with me, that’s what got me through.”

Western Door Musical Festival will be May 21 with music beginning at 3 p.m. It will be held at Gertie’s Commissary in Cumberland Gap. A rain plan is in place.