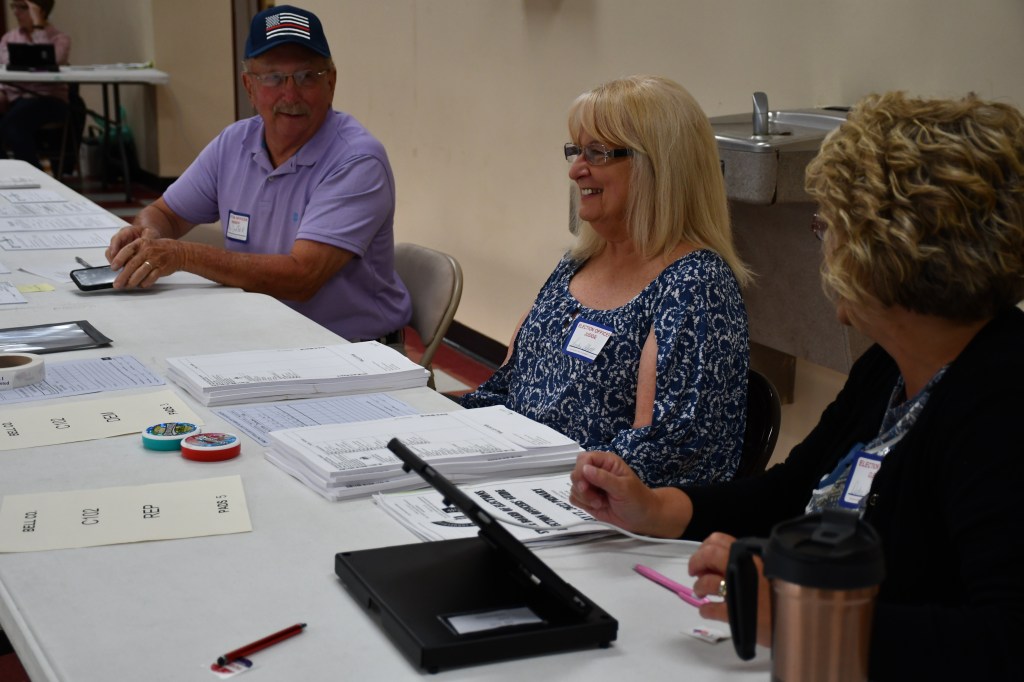 Election Day has come and gone, and the voters slowly trickled in.

Community members who volunteered to work at the Middlesboro Community Center polling place said that it was a slow day, they believed many voters participated in early voting. Voters in District 3 in the Dorchester area and District 4 in Winchester could cast their ballots at the community center.

By around 8 a.m., volunteers said they had seen about three voters, by 9 a.m. the number rose to around 40 and 11 a.m., there had been 83 voters. What started out as a small trickle has turned into a steady flow.  One volunteer said she believed there would be more to show up throughout the day.

“They were predicting maybe a 20 percent turnout,” said Bell County Clerk Debbie Gambrel, “but it’s something you really can’t predict. You don’t know until all the votes come in.” She said her office mailed out 385 ballots, but some have not been returned. “We had about 700 for the three days of early voting between the two offices, about 350 at each location. Then the six day absentee was probably around 100 people that went in and voted between the two offices that will be absent on election day.”

Although the turnout seemed to be lower, the mayoral candidates are ready for the results. Incumbent Rick Nelson said he feels pretty good. “I’m kind of at peace with myself because when you run on a record, and I think it’s an outstanding record, you present that to the citizens and they take a look at it, and you hope they have the same judgment as you do about it.”

Boone Bowling said early voting was a unique thing but he hope to see more people come out on election day. He said he is excited to see what God has in store for him one way or another.

Results have been posted on the Middlesboro News website and our Facebook page, we will also have them in the next addition.