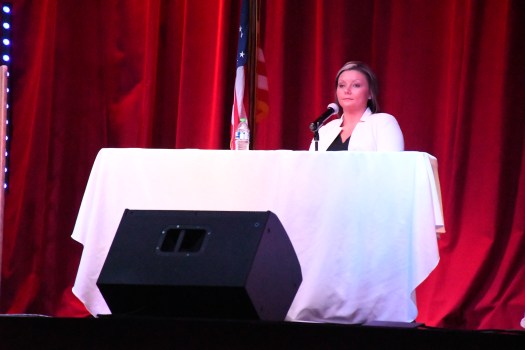 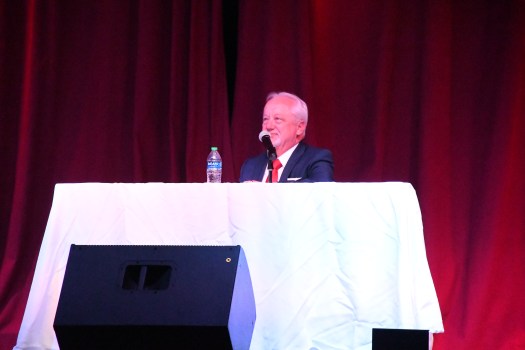 In the final installment of The Big One debates, Lisa Fugate faced off against Mike Taylor for commonwealth’s attorney.

Mike Taylor has practiced law in Bell County his entire career. He said what the local prosecutor’s office isn’t working and it needs to be better. Incumbent Lisa Fugate has been in the position for two years and was an assistant for six years.

Taylor described the role as a felony prosecutor in the circuit court with a presence in district court.

Fugate said that by law the role is ensuring the public safety of the residents of the county. She helped create the Rocket Docket program in August 2019 and will apply for a grant to continue that program.

Both candidates said they have had to recuse themselves from cases and that knowledge of any case prior to taking it on constitutes a conflict of interest.

Taylor said prosecution of drug trafficking cases is a priority and and that those individuals have to be punished. There is a difference between addicts and victims of those who are making a profit. Traffickers should not be punished the same as addicts, she said. Fugate believes that her record already shows that she follows that philosophy.

On the subject of recidivism, Fugate said that once an individual has been incarcerated as a state or county inmate, the commonwealth’s attorney has no control over the programs they can receive or what happens to them. She said the defendant has to want the help, and noted that most underlying charges are from drugs.

Taylor said the pattern of catch and release must stop, blaming the practice on the high number of repeat offenders. He mentioned that a pre-trial diversion program has been used three times since 2020. Since he signed up to run for office, its use has increased to 10, but that is not enough. Fugate disputed those numbers.

The candidates agreed about the right to a speedy trial for those accused, citing the Sixth Amendment to the U.S. Constitution and Kentucky statutes. The courts have suffered from time constraints, in part because of the pandemic, which has resulted in criminal court being conducted remotely every day over Zoom.

The topic of changing political parties also was addressed. Fugate said she has always been a Republican and has no intention of changing. Taylor was previously a Democrat and said his values have not changed but he cannot be affiliated with the party as it stands today. He said he has no intention of going back and had no other reason for changing.

A member of the audience asked if either candidate has a criminal history, and if so, do they feel like they can be an effective prosecutor. Taylor said he has previously received tickets, just as other people have, and doesn’t think that is something that would keep him from being a good prosecutor. Fugate said that an individual’s criminal history is public record and that anyone can go to the clerk’s office and ask to see the records of each candidate. She said that she has no criminal history.

Early in-person voting will be on May 12, 13 and 14 from 8 a.m. to 4 p.m. at the old Bell County Courthouse and the Middlesboro Community Center.