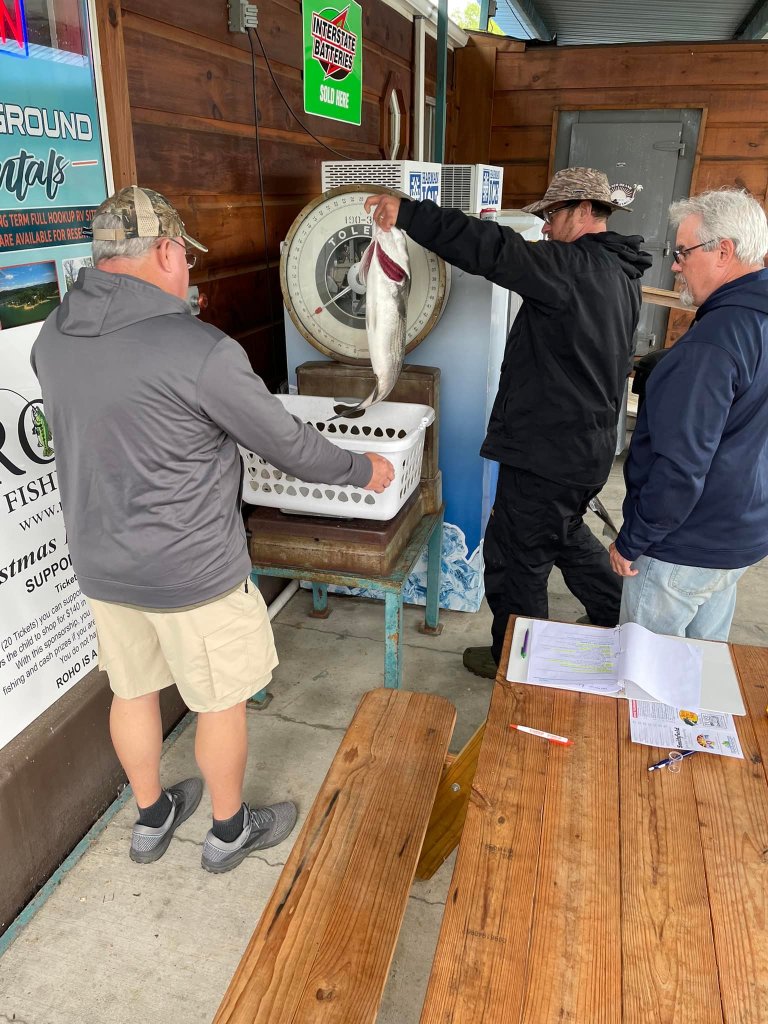 Around $75-80,000 were raised during their biggest fundraiser of the year. -Photo submitted

Member Alex Cook said, “The turn out was great, we had a lot of boats weighing in fish, we had some big fish, every category had a winner, so it was a really successful event.” This year, the ticket prices changed from $5 to $10 but the impact to the club remained the same. “Instead of printing 15,000 $5 tickets, we printed 7,500 $5 tickets, and when you compare the two, we had more sales this year, which means money raised for our club. It was by far the biggest event.”

This fishing tournament is different from others. Cook says they do not launch the boats so participants can fish anywhere they want. He said it didn’t matter from what marina boats launched or if they wanted to fish off their houseboats. “We had a lot of boats come and weigh fish and a lot of people weighed fish.” He doesn’t know the number of people that participated in order to compare previous years.

The next event for ROHO will be its Christmas shopping event. Members take 350 kids shopping with a $200 limit plus a pair of shoes. Cook said this is approximately a $75,000 to $80,000 shopping spree. All of the money raised for the tournament will go towards that event, along with any other donations made throughout the year. Cook said he was very appreciative of Beach Island Marina and all the sponsors involved.

The first place winner of the largemouth category was Josh Dooley and first place for smallmouth was Joshua Maggard. The full list of winners can be seen on the ROHO Charitable Trust Facebook page.