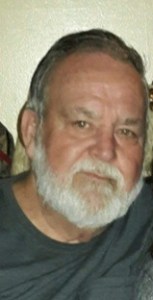 Lawrence Wayne Moyers, age 88, of Middlesboro, Kentucky passed away on May 6, 2022 at the Tri State Nursing & Rehabilitation Center in Harrogate, Tennessee.
He was born on September 4, 1953 in Middlesboro to the late Lawrence and Madge Smith Myers.
Lawrence was a retired Correctional Officer with the State of Kentucky. In his later years he enjoyed collecting guns and became a radio enthusiast. He loved talking to people all over the world with his C.B. Radios under the handle “Trailblazer”. Lawrence also became a licensed HAM Radio operator. Whether he was talking on his radios or to his family, he loved to spend time with others. All who were blessed to have known him will miss him.
In addition to his parents, he was preceded in death by his sister Debbie Medley.
Left to cherish his memory, children Lawrence Moyers, Leaan “Poola” Siler, Chanin Nelson and husband Robert, Chad Hawk and Dustin Hawk, brothers Benny Myers and Alan Myers, sister Sherry Moyers, grandchildren Christina Caudill, Brooke Vanover, Micah Moyers, Johnna Siler, Robert Nelson, Paul Nelson, Noah Nelson, and Jaythus Hawk, great-grandchildren Parker Nelson, Caleb Nelson, Zayne Vanover, Autumn Nelson, Hudson Vanover, Jackson Newman, London Dean, Avery Caudill, Kennedy Mills, and one on the way Vaylen Henderson, as well as a host of many nieces, nephews, cousins, other relatives and friends.
The family of Lawrence Moyers will receive friends from 5:00 p.m. until 7:00 p.m. on Wednesday, May 11, 2022 at the Green Hills Funeral Home.
A Memorial Service will follow at 7:00 p.m. at the Green Hills Funeral Home Chapel.
Green Hills Funeral Home, Middlesboro, is honored to serve the Moyers Family.
www.greenhillsfuneralhome.com