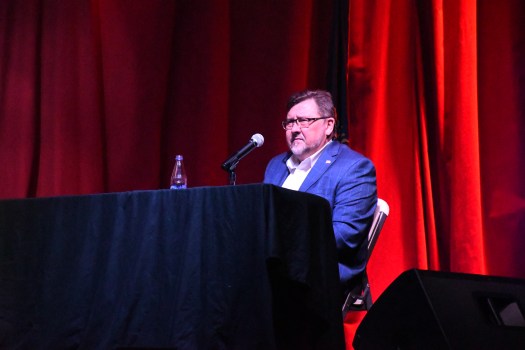 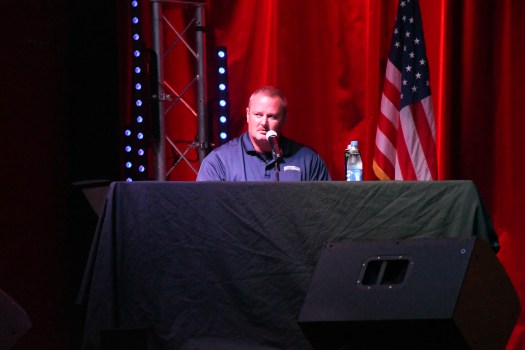 Jeromy Killion is seeking office to help the citizens of Bell County. -Photo by Elizabeth Manning

In the fourth installment of The Big One debates, current Judge Executive Albey Brock faced off against Jeromy Killion.

Brock is seeking his 5th term. Killion has been in emergency services for 20 years and is seeking office to help the citizens of Bell County.

Brock said the county does an enormous amount of road work with state inmates, and going into the next term, he plans to get more state inmates. Killion plans to prioritize the highest used county roads and work with the jail to clean roads.

On the topic of wages, Killion said he would like to offer a pay raise if money were to be available. He is a firm believer that if you take care of the people, they will take care of you. Brock mentioned that last November, he addressed a pay raise with the next budget which is the first of July. He doesn’t disagree there needs to be higher wages and always puts the taxpayer first.

When asked about adequate ambulance services in Bell County, Brock said praised its performance. He said from Jan. 1 through April 22, Bell County EMS made 530 runs with not one complaint. Killion disagreed. He said the employees are adequate and understands what goes on, but there have been numerous times where there has only been one ambulance on duty.

Killion would like to increase tourism to bring in additional revenue. He mentioned activities such as fishing and four wheeling, along with using the mountains as an attraction. Brock pointed to a 55 million tourism project that nothing in the region rivals, the Boone’s Ridge Wildlife Encounter, that will offer 325 jobs on site. This has been available though grants and working with developers without using taxpayer money.

In closing statements, Killion said there is nothing personal between the current administration, but they are two different people and would like to prioritize emergency services more. Brock feels as though he has proven himself the past 15 years and wants to see the upcoming projects through.