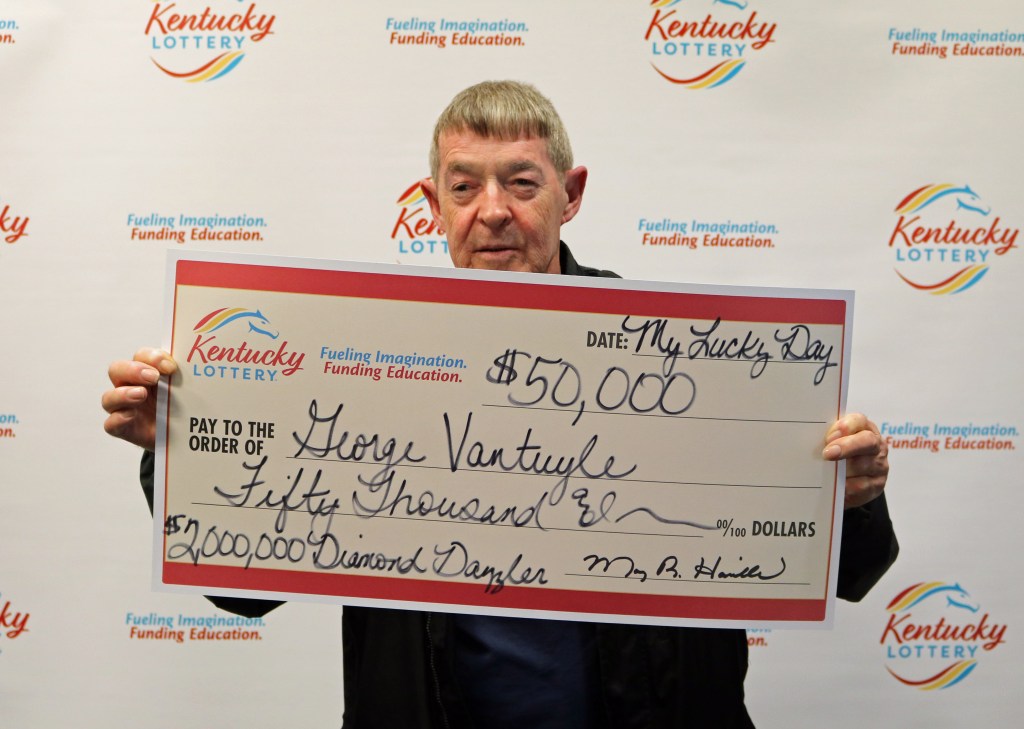 George Vantuyle of Middlesboro, KY had a gut feeling when he recently stopped to purchase Kentucky Lottery Scratch-Off tickets.  That decision paid off big after he won $50,000 on the $2,000,000 Diamond Dazzler Scratch-off.

Vantuyle stopped at Lee’s Food Mart in Middlesboro before a doctor’s appointment to buy a few tickets.

“I just had a gut feeling I should stop before my appointment.  I had an inkling to buy the ticket and it paid off,” Vantuyle told lottery officials.  “I walked in, there were two machines and I thought, ‘I think I’ll get it out of the second machine,’” he said.

Vantuyle’s brother, who came with him to his appointment, scratched off the tickets for his brother after the appointment.  When he came across the $2,000,000 Diamond Dazzler ticket, he scratched it off and matched the winning number 22.  The prize located below  was $50,000.

The Bell County man drove to lottery headquarters in Louisville on Thursday where he walked away with a check for $35,500 after taxes.  He said he doesn’t have plans with the winnings other than putting it in the bank.

Lee’s Food Mart will receive a $500 bonus for selling the winning ticket.