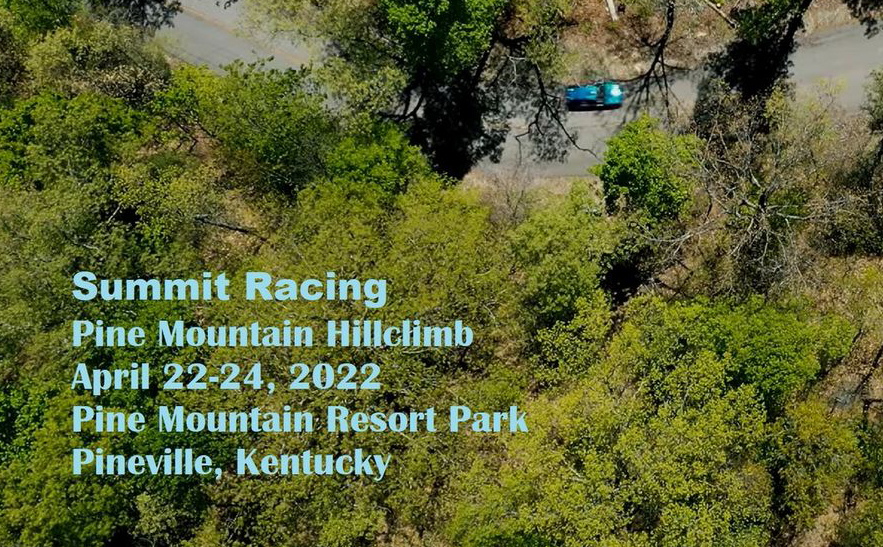 Organizers of the Pine Mountain Hillclimb announced the event will be returning for a second year and will be allowing spectators.

In the Southeast division, Hillclimb has been popular since the 1950s. Bell County Tourism Director Jon Grace says they are just assisting in the event but is put on by a group that is working with the Sports Car Club of America (SCCA) and is a sanctioned event. Event Co-lead Brad Gate says they have 8 different classes that the cars range from. “They have anywhere from 100 horsepower up to 700 to 800 horsepower, they’re very fast cars. Hillclimb is a very old sport.” Each car will drive from the amphitheater to the chained rock entrance and is timed individual, trophies will be given to those with the best times. He says they have people coming anywhere from Texas, Pennsylvania, New York and Ontario, Canada.

They are currently sold out at 85 entry’s for this second year event. They also have about 50 people from all over the southeast that so up to help run the event. “I have raced road racing, baha, i have raced all kinds of things, motocross, and hillclimb racing to me is the biggest rush because you cannot make a single mistake for the full length of it.” He says with the banks and off the side trees, it’s not like most races and the safety plans a big role. “All the cars have roll over protections and the drivers have fire gear. The cars go through a rigorous technical inspections to make sure they’re safety compliant and all the drivers have to wear specific helmets.” He said when they were first looking for a new hillclimb location, everyone agreed that Pine Mountain was the ideal spot.

They also try to keep everything local. Gate says that all of the trophies and shirts are made local ,along with all the vender’s they can get. Due to covid last year, they could not have spectators so they came up with downtown festival. “Everybody loved it so much that that’s going to be something we do every year, we just want it to keep getting bigger and bigger.” With spectators able to watch this year, spectators can not show up to the viewing area, it will cost a small fee to be shuttled up to the multiple viewing areas. “I honestly think this will be in the next year or two one of the bigger events we have in our area”, says Grace. Grace praised the group for their hard work and said he never met a group that was so detail oriented and prepared which helped them pull off a flawless event.

“I can’t thank enough Main Street Pineville and Bell County Tourism and Backroads of Appalachia, they have done so much and been so helpful. Pine Mountain Resort Park and the Park Service have been so welcoming the whole time, it’s been great”, says Gate. Those who are interest in competing can contact them via Facebook at Pine Mountain Hillclimb. Pine Mountain Hillclimb will begin with a pre-party in Downtown Pineville from 5 p.m. to 9 p.m. on Fri., April 22 with races on Sat. and Sun. Races start at 8:30 a.m. on Sat. and will be allowing spectators at 11:30 a.m. Sunday, buses will begin taking spectators up at 7:30 a.m.