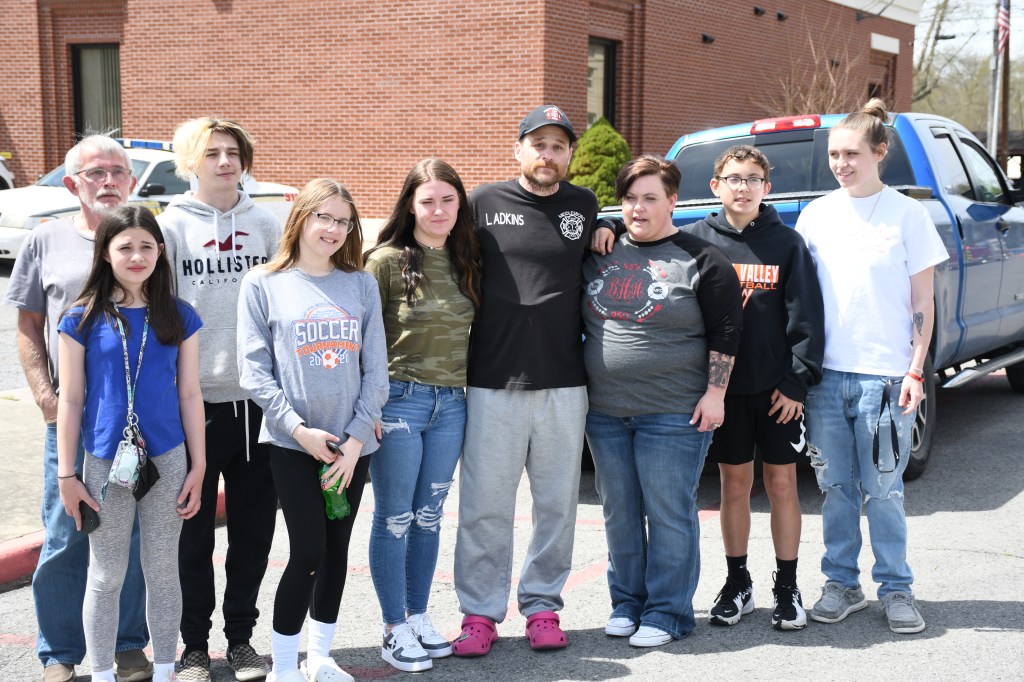 Larry Adkins, center, is joined by his family. - Photo by Elizabeth Manning

This past Friday, the Middlesboro Fire Department drew for its gun raffle to benefit firefighter Larry Wayne Adkins.

The winner of the gun raffle was Elaine Noble. 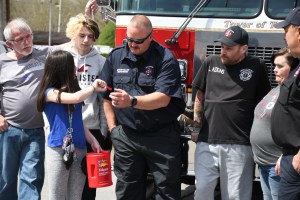 Adkins was diagnosed with stage four colon cancer last month. The Middlesboro Fire Department sold raffle tickets for an AR 15 .223 5.56 NATO. Adkins did not want to release the total amount raised. Jeromy Killion said they didn’t want it to affect him in any way if he were to need to get assistance. Adkins said during the drawing, “Me and my family would really like to thank the community, I mean over pouring prayers, people have stepped out y’all really don’t know what it means to us, it really helps a lot and we appreciate it.”

Killion said that every agency in Bell County has played a part in helping raise money for Adkins and his family and this couldn’t have been possible without the help from the community. He also says they will be doing a blood drive on April 19 from 9 a.m. to 5 p.m. at ARH hospital. If enough people donate, Adkins will receive free blood when needed. They are also holding a fishing tournament on April 23 to help raise money.