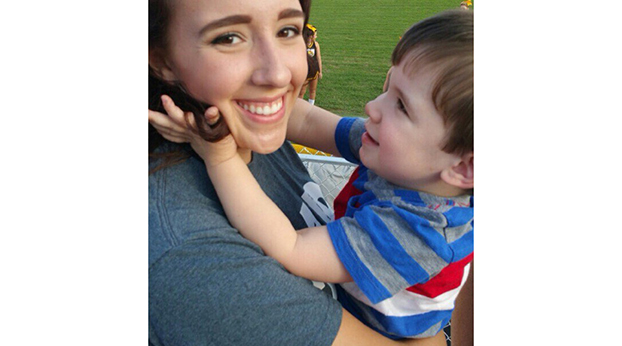 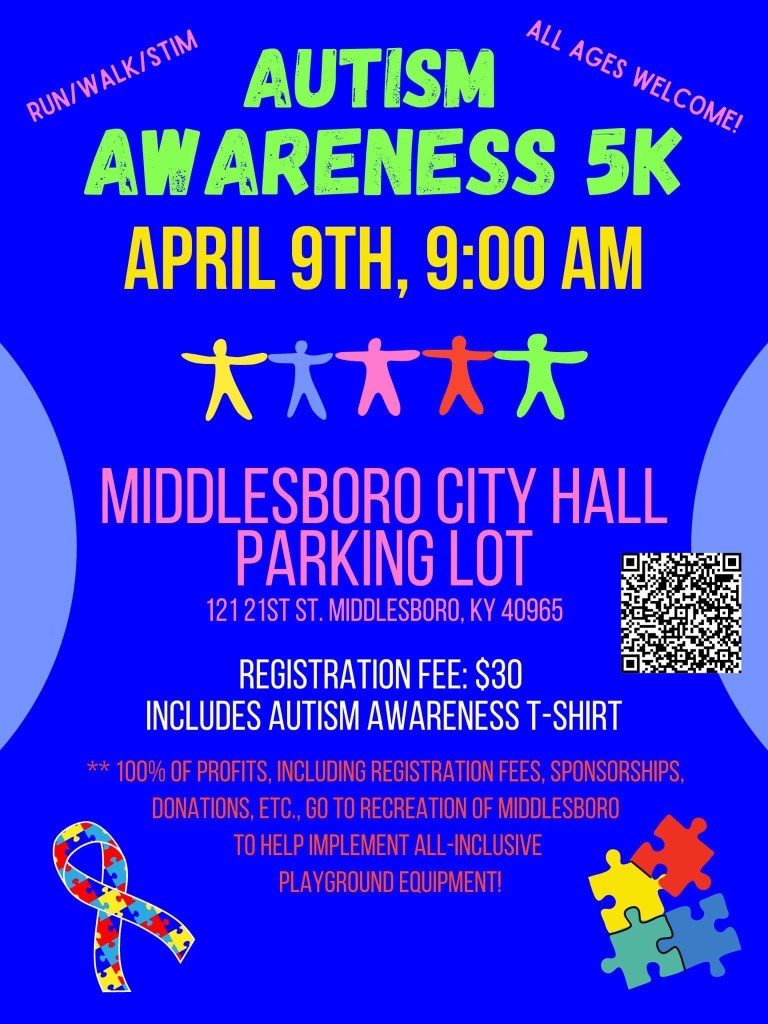 Community member Jade Robertson, along with help from Recreation of Middlesboro, will be hosting a 5K run/walk to help bring awareness to those with autism.

Robertson has a 9-year-old nephew with Level 3 Autism Spectrum Disorder. This disorder causes issues with social interaction and sensory issues with touch, taste, and hearing.

She reached out to Recreation of Middlesboro to help produce this event.

“It was exciting just because you know, any new idea especially when any of our younger people want to get involved is always awesome and really good to see” said Parks and Recreation Committee Chair Boone Bowling.

All of the money from the event, including profit from donations, fees, sponsorships, etc., will be donated to Recreation of Middlesboro to help fund sensory equipment for the parks in Middlesboro.

“I was going to donate it to a charity but I thought about it and I figured it would be better and get more community members involved of they could actually see where the money was going,” Robertson said.

This money will go toward equipment like sensory panels, roller slides, and musical instruments. Recreation of Middlesboro plans to make Lincoln Park an ADA park so kids with disorders or disabilities will be able to enjoy them. Bowling said this will be the first park in town that is fully ADA compliant.

“We actually got an ADA merry-go-round, then I believe we’re going to try to put in some ADA swings,” Bowling said, adding that a zip line will be put in and the hope is to receive a grant to make that ADA as well.

“I’d like to have as many people come as possible and people can come and just walk, like they don’t even have to run or if they don’t want to do wither they can just donate.

Just having people there and seeing that people care about autistic children and children with sensory issues, just knowing that they’re there for our community means a lot.” Robertson said. She added that the last time she checked her Facebook post, she had 60 shares. “The interaction has been really good so far.”

The 5K will be April 9 at 9 a.m. Those interested can sign up online or the day of the race. Registration fee will be $30 and shirts will be given to runners on a first-come, first-served basis. This is a rain or shine event.