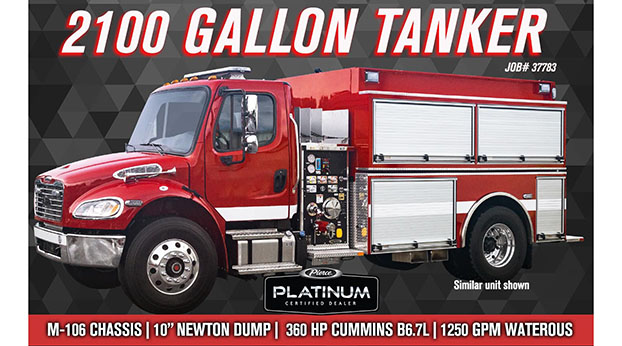 Middlesboro City Council has approved a new fire truck for the city fire department. The truck will come at a cost of $271,000. - Photo submitted

The Middlesboro Fire Department will get a new truck. That news came from a special meeting held to discuss the issue on Wednesday.

Fire Chief Robert England found a fire truck that is in the national bid list, meaning this truck could be purchased at anytime from anyone in the United States.

“If somebody buys that truck tomorrow, that price is completely off the market then the same truck becomes a speck build truck. The price goes up because engineering has to come back into play is where I’m understanding that at,” said England. He added that the truck will run the same as the department’s Engine 8 but will hold twice the amount of water. The truck will also maintain the ISO fire rating points for the insurance companies.

With covid causing shortages throughout the country, the truck would not be available until the beginning of next year. This is considered an emergency order that Mayor Rick Nelson will be writing up. The truck in need of being replaced is in a steady decline and will need to be replaced by the time the new truck would be in the county.

The council would be within legal standing to order through the national bid list rather than the state. The warranty for this truck would be the same as a regular vehicle.

England said it would come with the standard factory warranty which is for one year, individual parts would have their own warranties that could be up to 5 to 10 years or a lifetime. The truck will be purchased with funds from the city.

Nelson recommended that the council go ahead and approve the truck, and said then he will write up an order for an emergency while listing supply and covid issues.

After this recommendation, Patsy Sullivan motioned and Brad Cawood second.