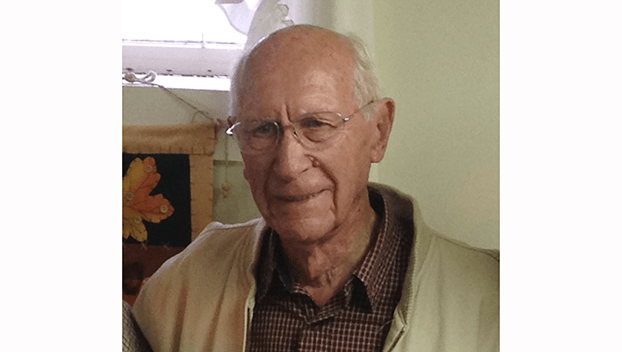 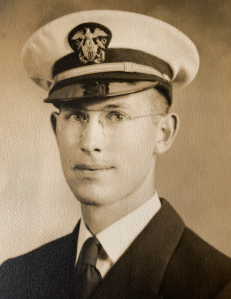 Southeast Kentucky Community and Technical College has received a $10,000 gift to benefit Southeast Scholars. Larry and Judy Grandey of Middlesboro donated the funds as a tribute to Larry’s late father Max, a veteran and lifelong learner who believed in paving the way for others.

Born in Defiance County, Ohio, in 1922, Max had humble beginnings, growing up during the Great Depression and attending school in a one-room schoolhouse through 8th grade. After graduating from high school in Edgerton, Ohio, he continued his studies at Ohio State University where he earned a degree in chemical engineering.

Max enlisted in the US Navy during WWII, serving as a lieutenant mostly in the Pacific. After completing his service, he worked for a short time for the Dayton Rubber Company where he met Harriett who would become his wife. Looking for new opportunities, he took a job as a chemical engineer at General Electric in Cincinnati. There he was in charge of plastics, research, and development for the flight propulsion division. While at GE, he developed many patents that continue to hold his name. He worked for GE for 37 years.

Max felt that education was the key to a productive future, and throughout his life he loved to read and learn new things.

After retiring from GE, he earned his real estate license. He was very active in the Methodist church and held volunteer positions in several organizations, including Habitat for Humanity.

The Southeast Scholars program, which is completely free, accepts Bell, Harlan, and Letcher county students from grades 7-12 who will be the first of their immediate family to earn a four-year college degree. They must meet income-based guidelines as well as submit an application and an original essay. Founded in 1998 organizers estimate that since its inception, the program has served just over 300 students.

According to Southeast President Vic Adams, “Southeast Scholars is designed to educate and empower students who face significant socioeconomic challenges and to help them create their future success. We are grateful for this generous contribution from the Grandey family. It will help us provide additional travel and enrichment programs for these deserving future college students.”