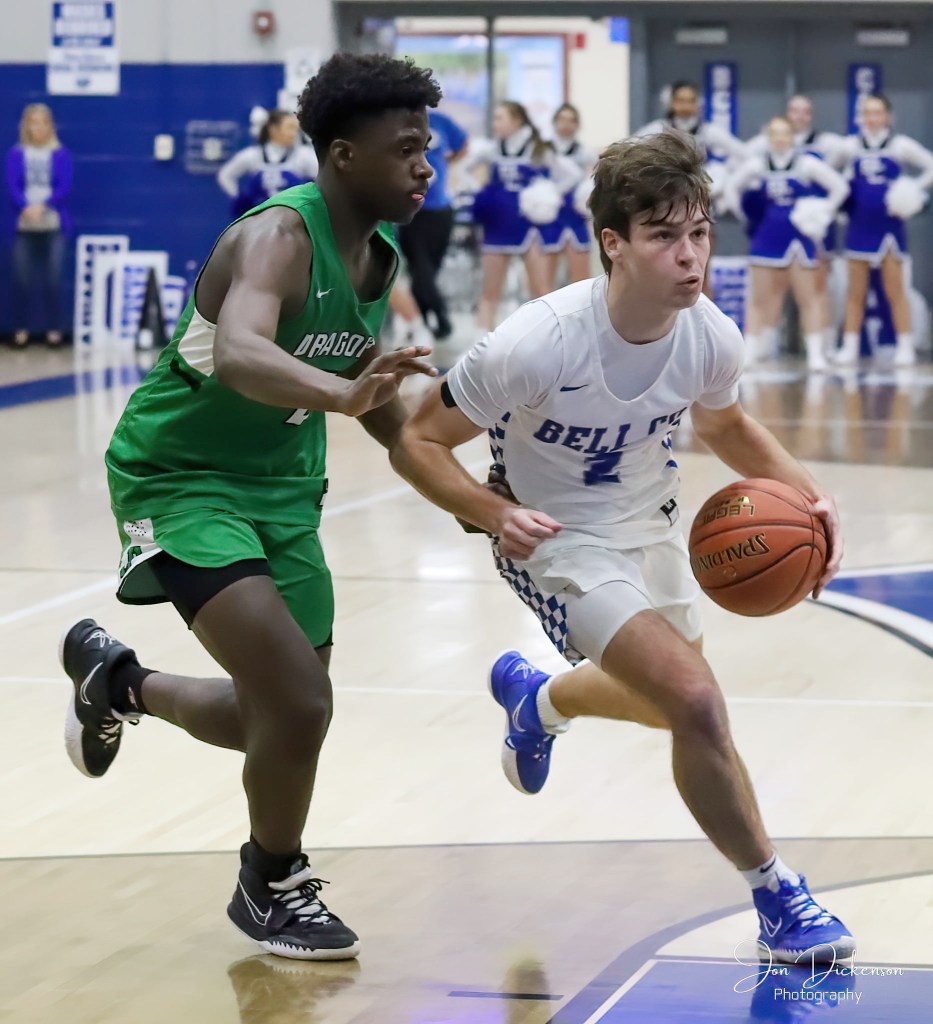 Bell County's Dawson Woolum drives to the basket in a recent game with Harlan. Woolum, a junior guard, scored 35 points as the Bobcats defeated Middlesboro 63-48 on Friday. - Photo by Jon Dickenson

Bell High held a 21-17 halftime edge, but Woolum scored 28 of his points in the second half for the Bobcats to win.

“I thought Dawson Woolum had a huge game especially in the second half and was able to push the lead out for us we will take the win and move forward,” said Bell County coach Brad Sizemore. “We didn’t play very well tonight at times but I was proud of the boys for pulling out the win.

“Middlesboro is always a tough game for us. I give the other team a lot of credit they were really physical night and hurt us on the backboard rebounding.”

Senior guard Dalton Stepp poured in 16 points for the Bobcats.

Bell County’s leading scorer, senior forward Cameron Burnett, was in foul trouble most of the night and scored just one point, and that didn’t come until 3:22 left in the game.

Middlesboro was once again missing Cayden Grigsby due to sickness.

The Yellow Jackets faced foul trouble most of the night, due to a closely-called basketball game. Five total players fouled out
Middlesboro was led in scoring by sophomore guard Brayden Barnard with 11 points. Senior center Jay Tyler West scored 10 and grabbed 14 rebounds.

Stepp knocked down seven points as Bell County took an 11-7 lead after eight minutes of play.

West scored three straight baskets on putbacks and Bernard had a jumper as Middlesboro closed the first half with an 8-0 run to pull within 21-17 at halftime.

Woolum scored nine points in the third period as the Bobcats took a 33-27 lead into the fourth quarter.

Barnard nailed a 3-pointer to open the fourth quarter but that was as close as the Jackets got (33-30).

Woolum took over in the final period, scoring 19 of the team’s 30 points.

Barnard tossed in seven points for Middlesboro in the last period before fouling out late.

The Bobcats were 23 of 37 from the free-throw line while Middlesboro hit nine of 19.

Middlesboro (8-14) will welcome Harlan on Saturday in another district doubleheader. The Yellow Jackets will visit Pineville on