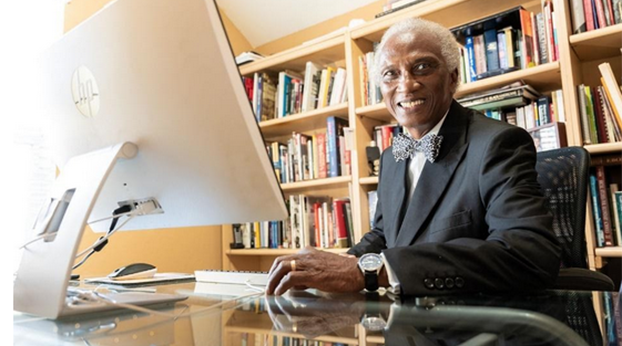 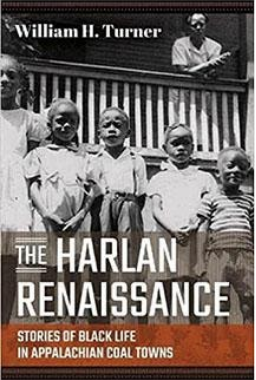 Award-winning author Dr. William Turner will be reading from his memoir “Harlan Renaissance: Stories of Black Life in Appalachian Coal Towns” on the Lincoln Memorial University (LMU) campus on Feb. 4, 2022. The reading will be held from 6-7 p.m. in the Duke Hall of Citizenship, Sam & Sue Mars Performing Arts Center. The event will include the reading, a brief conversation with Patrick Wensink, assistant professor of English and director of the Mountain Heritage Literary Festival, audience questions, and a book signing.

“Harlan Renaissance” is an intimate remembrance of kinship and community in eastern Kentucky’s coal towns written by Turner, one of the luminaries of Appalachian studies, according to the publisher, West Virginia University (WVU) Press. “Turner reconstructs Black life in the company towns in and around Harlan County, Kentucky, during coal’s final postwar boom years, which built toward an enduring bust as the children of Black miners, like the author, left the region in search of better opportunities.”

“We are so lucky to have Dr. Turner share ‘Harlan Renaissance’ with us,” said Wensink. “It is unlike any book I have ever read, expertly stitching together memoir, cultural history, and anthropology in a style you cannot stop reading. Visitors are going to walk away with a completely new perspective on their Appalachia and the African American experience.”

Turner is the fifth of 10 children, born in 1946 in the coal town of Lynch, Kentucky, in Harlan County. His grandfathers, father, four uncles, and older brother were coal miners. He spent his professional career studying and working on behalf of marginalized communities, helping them create opportunities in the larger world while not abandoning their important cultural ties. He is best known for his groundbreaking research on African American communities in Appalachia, but Turner’s work is universal. As an academic and a consultant, he has studied economic systems and social structures in the urban South and burgeoning Latino communities in the Southwest.

“What he strives for on behalf of his clients and their communities is what we all want: prosperity, understanding, and respect,” his website states.

According to WVU Press, “‘Harlan Renaissance’ invites readers into what might be an unfamiliar Appalachia: one studded by large and vibrant Black communities, where families took the pulse of the nation through magazines like ‘Jet’ and ‘Ebony’ and through the news that traveled within Black churches, schools, and restaurants. Difficult choices for the future were made as parents considered the unpredictable nature of Appalachia’s economic realities alongside the unpredictable nature of a national movement toward civil rights. Unfolding through layers of sociological insight and oral history, the book centers the sympathetic perspectives and critical eye of a master narrator of Black life.”

“Harlan Renaissance” was nominated for several awards upon its publication, and Turner was a 2021 inductee to the University of Kentucky College of Arts and Sciences Hall of Fame. He has been recognized by the Appalachian Regional Commission and was honored by the Appalachian Studies Association for a lifetime of service to the Appalachian region. In 2007 Turner was inducted into the Kentucky Civil Rights Hall of Fame, and in 2008 he was recognized as the Rev. Dr. Martin Luther King Citizen of the Year for “advocating for the rights and expanded educational opportunities for people in Appalachian Kentucky.” In addition to these accomplishments, Turner was named Notre Dame University “Distinguished Alumni Exemplar” in 2006 and was honored as the Christian Appalachian Project “Person of the Year” in 1994. Turner and his wife live near their children and grandchildren in Houston, Texas.

The event is free and open to the public. Masks are not required, but are encouraged.