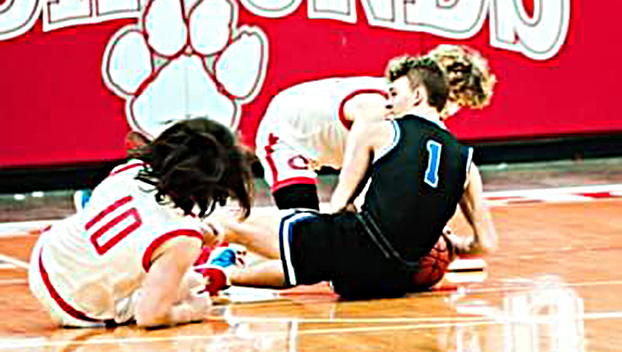 Cameron Burnett scored a game-high 20 points and Dawson Woolum fired in 16 points as the Bobcats whipped the visiting Engineers 74-47.

Woolum poured in nine first-quarter points and Cameron Burnett scored eight as the Bobcats raced to a 23-6 advantage after one quarter.

The advantage grew to 46-18 at halftime behind nine points from Cameron Burnett and five by Belcher.

Woolum tossed in five points in the third period as Bell County took a 62-27 cushion into the final quarter.

Bell County (14-3) was scheduled to host Harlan on Tuesday in the second game of a girls/boys 52nd District doubleheader.

The Bobcats will host its Pride of the Mountains Basketball Showcase this weekend. Bell High plays Leslie County on Friday and Garrard County on Saturday.

Estill County (7-9) travels to Southwestern (3-17) on Tuesday and Jackson County on Saturday. The Engineers will entertain Powell County on Monday.
— — — — —

Bell County claimed a 36-30 win over the Engineers in the junior varsity game.

Daniel Ekene tossed in 13 points for the winning Bobcats.