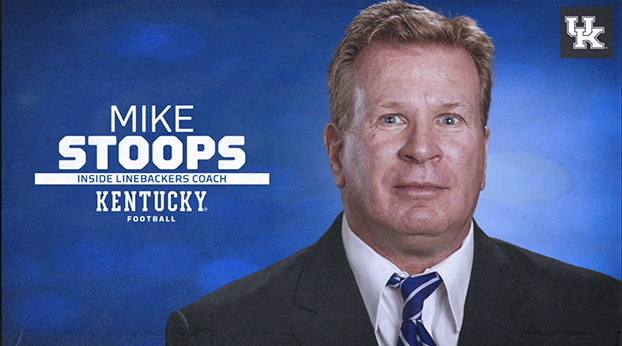 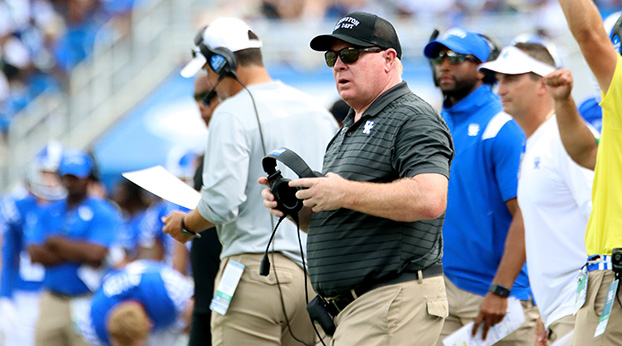 Kentucky head coach Mark Stoops has announced that his brother, Mike, will be the Wildcats’ inside linebackers coach. – Photo by Jeff Moreland

LEXINGTON, Ky. (KT) — Mark Stoops kept it in the family for his latest coaching hire at Kentucky.

“I’m excited about the opportunity to coach with Mike again,” Mark Stoops said. “Mike was instrumental in my early development as a coach, as I learned a lot from him at Arizona. He has a wealth of experience as a head coach, coordinator, and position coach.  I look forward to having him contribute to the staff at Kentucky.”

Mike Stoops is excited to be reunited with his brother in Lexington.

“Mark, his staff, and these players have accomplished a great deal, while competing in the Southeastern Conference, to put the Kentucky football program on the map. I’m looking forward to working with Coach (Brad) White on defense and contributing to the development and success of our players and team.”

Mike Stoops was assistant head coach at Oklahoma from 2012-18 and served two stints with the Sooners. He also has coached at Kansas State and was a graduate assistant at Iowa from 1988-91.