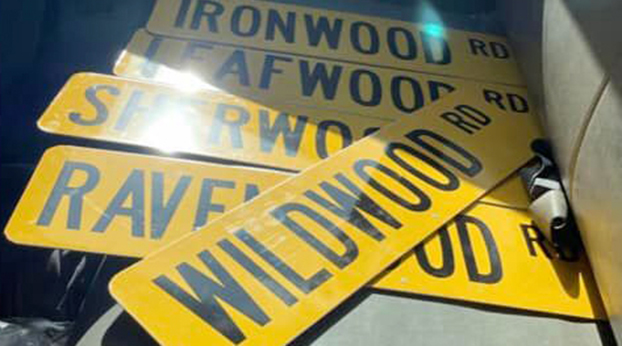 Some of the new signs being put into place around Middlesboro are on display. The signs were created by STA Signs of Middlesboro. 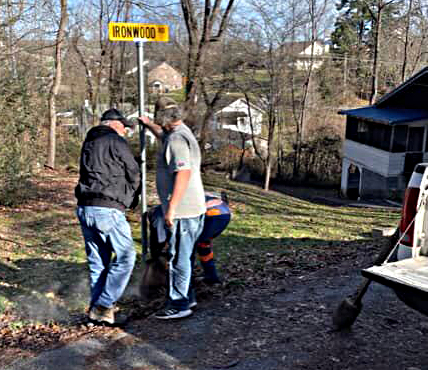 Workers install some of the new street signs being put up around Middlesboro.

New street signs will be going up around Middlesboro soon.

Mayor Rick Nelson met with the Middlesboro police and fire departments, as well as the street superintendent to discuss the problem of the lack of street signs. Many of the signs around Middlesboro are missing, vandalized, or just in bad shape.

“It’s important for our first responders to be able to see the street signs and know where they’re going,” Nelson said. He also said that the arrival of new signs started with the city asking people on Facebook about new signs, which received an overwhelming response.

Not all of the signs are being replaced, according to Nelson. There are some that are in really good condition that do not need to be changed. STA Signs, located on the corner of 15th Street, was given the job of making the new signs.

If you think your street sign needs to be replaced, you can send in a request through the City of Middlesboro’s Facebook page or contact Mayor Nelson at 606-670-8307.