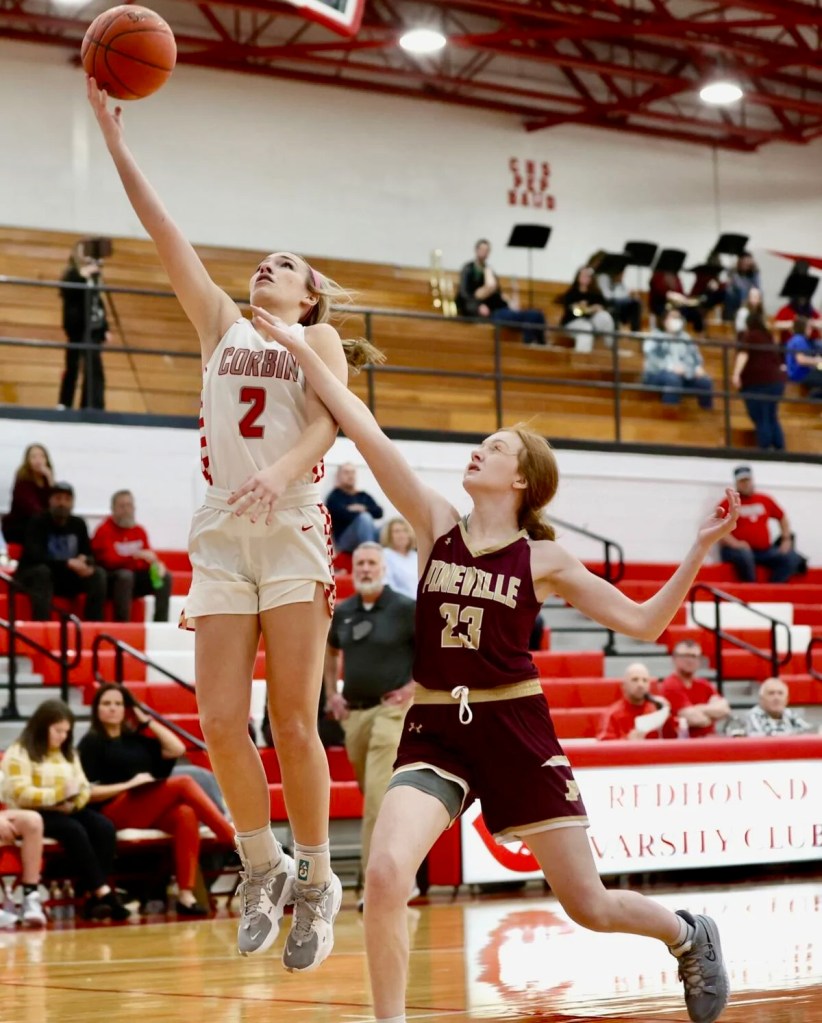 CORBIN — The Lady Redhounds came out Thursday against Pineville with fire and desire and rolled to a 58-28 win.

Corbin, losers of two of its last three, jumped out to a 13-3 advantage after one quarter. Shelby Stewart and Kallie Housley each scored five for the Lady Redhounds.

In the third quarter, Darcie Anderson nailed three 3-pointers as the Lady Hounds went up 47-18 after three quarters of play.

Corbin shot 38 percent from the field on 23 of 61 shooting and were seven of 21 from behind the arc.

“We got a win! It was a good night for us. It got us back on track,” said Corbin coach Isaac Wilson.

Pineville has struggled lately, losing five straight and seven out of its last eight games.

Last season, the Lady Lions posted a 61-46 win over Corbin.

The Lady Lions posted a 55-44 win over Lynn Camp in a tournament at McCreary Central in December. Pineville fell to Barbourville 80-75 in overtime in the 13th Region All “A” Classic on Jan. 4 in Williamsburg.

Corbin (12-3) plays host to South Laurel on Tuesday, Harlan County on Friday and Buckhorn on Saturday.