Sophomore guard Nadine Johnson fired in 21 points and sophomore forward Gracie Jo Wilder scored 17 as Bell County claimed a 78-51 over Hopkins Central in Friday’s quarterfinals of the Kentucky 2A Championship in Owensboro.

“Very proud of our team’s effort!” said Bell County coach David Teague. “I thought we battled and played hard, it was a great experience for our team! We got a good win against Hopkins County where we was able to set a few records for the tourney — including most points scored in a game, most field goals in a game and most assists from an individual player as Nadine had 9.”

Sutton scored five points as the Lady Storm took a 12-11 edge after one period.

Wilder tossed in seven while Johnson and McGeorge scored six each as Bell County led 36-31 at the break.

Johnson scored five more points in the fourth period as Bell outscored the Lady Storm 17-14 in the final quarter.

Bell County (11-6) was slated to play host to Harlan in a girls/boys doubleheader on Tuesday. The Lady Cats will travel to Middlesboro on Friday for another district doubleheader. Bell High plays host to Somerset on Saturday.

Hopkins Central was scheduled to host Caldwell County on Monday.
— — — — —
Bell County advanced to the semifinals to play Louisville Christian Academy on Saturday.

Louisville Christian jumped out to a 16-7 advantage after one period. McClure had five points in the quarter.

The lead grew to 37-14 at halftime. Daniels contributed seven points in the period while Abigail Embry scored five.

The Lady Cats fought back in the third quarter, but trailed 55-29. Wilder and Mataya Ausmus each had five points.

The Lady Centurions outscored Bell County 17-8 in the final quarter.

“We battled till the end, they have a great team,” said Teague. “Hopefully the tournament will help us moving forward. We played good competition and I believe we learned from it!”
— — — — —
Louisville Christian Academy went on to win the 2022 Kentucky 2A Championship on Sunday, defeating Rowan County 62-54.

The Lady Centurions defeated Hart County 63-31 in the quarterfinals. 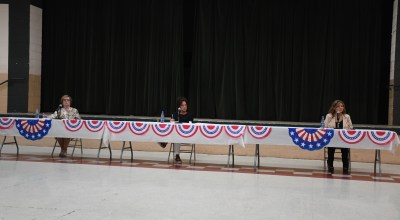 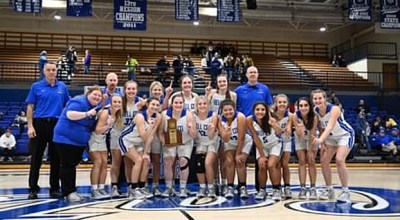 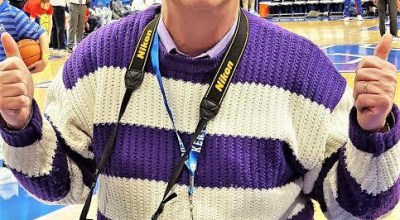