Fourth quarter lifts Middlesboro over Pineville in All “A” 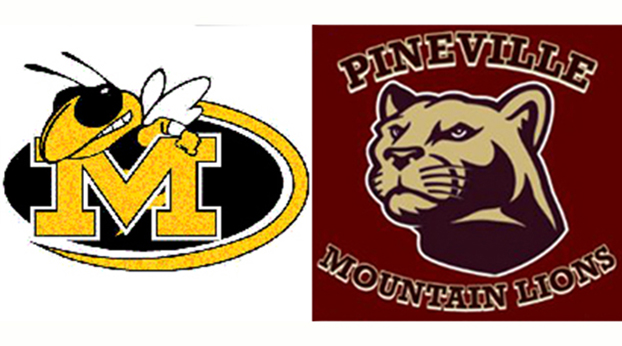 The Pineville Mountain Lions led most of the first three quarters on Saturday in the first game of the boys 13th Region All “A” Classic Basketball Tournament at Harlan.

Ashton Burns hit two free throws as Pineville pulled within one, but Jay Tyler West scored seven points during a 7-4 spurt as Middlesboro advances to play Barbourville on Monday in the semifinals at 6 p.m.

Middlesboro also got three points each from Jordan Shertz and Caleb Bogonko. Trey Kyle and Brayden Barnard tossed in two apiece while Richie Logan had one point.

Pineville missed 11 of 12 shots in the final quarter, but did hit eight of eight free throws in the period.

Eli Thompson and Biliter each nailed 3-pointers as the Lions took a 13-10 advantage after one quarter.

Grigsby opened the second period with a 3-pointer to tie the game, Eli Thompson and Biliter hit treys as Pineville built a 23-17 lead with 2:20 remaining in the quarter.

West scored twice and Kyle added a basket as Middlesboro started the third period with a 6-0 run to take a one-point edge.

Middlesboro outscored the Lions 19-10 in the fourth period.

The Lions held a 27-26 rebounding edge. Burns had a game-high eight for Pineville. Sawyer Thompson pulled down seven and Biliter added six.

Also on Monday, Lynn Camp will battle the host Green Dragons at 7:30 p.m.

The 9-8 Mountain Lions will return to action Friday at home against Harlan County. Pineville takes on Cordia in the Big Lou Coaches vs. Cancer Classic at Perry Central on Saturday at 2 p.m.
— — — — —
In other All “A” Classic games from Saturday, Williamsburg missed two shots in the closing seconds as Barbourville edged the Yellow Jackets 65-64.

A 3-pointer by Jordan Collins put the Tigers ahead for good with 29 seconds to play.
Collins, a senior guard, fired in 25 points to lead Barbourville. Matthew Warren, a junior guard, scored 18. Ethan Smith added six.

The Jackets, who have lost three straight, were led by junior forward Conner Lay and junior guard Martin Shannon with 17 points each. Micah Steely scored eight.

Williamsburg (9-5) will play host to South Laurel on Friday and Powell County on Saturday.

Jackson County (7-4) travels to Powell County on Tuesday, plays host to Red Bird on Friday and meets Buckhorn in the Big Lou Coaches vs. Cancer Classic at Perry Central on Saturday.

The Cardinals were missing seven doom students, including three starters. Red Bird started a senior, a junior and three eighth-graders.

The Cardinals played at home Monday against Buckhorn. Red Bird will visit Jackson County on Friday and Bell County on Saturday. 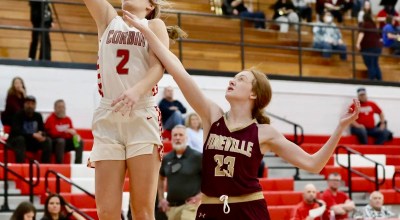 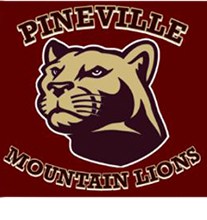 There’s nobody like Oscar:Tshiebwe seen by teammates, coaches as…