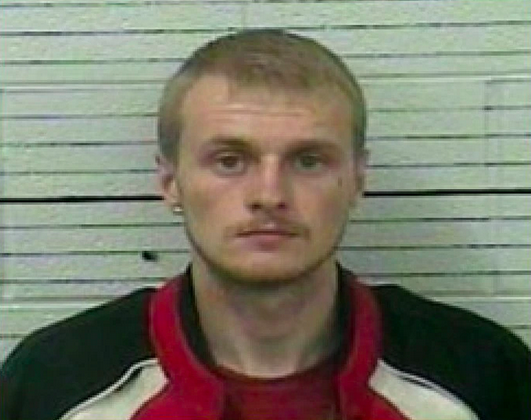 On Monday, Nov. 22, at approximately 6:58 p.m., Knox County Dispatch received a call in regard to an assault and shots being fired at a Rice Hill Lane residence.

Responding to the scene was Deputy Elijah Broughton who spoke to the victims about 21-year-old Michael Allen Lee of Middlesboro.

They stated that Lee came to their home arguing over a dog and assaulted a woman.

They also stated that Lee pulled down the driveway a short distance, fired several shots toward three people at the home with a .40 caliber handgun, and then fled the scene. Deputy Broughton was able to locate a.40 caliber shell casing in the driveway where the victims stated Lee shot from.

The deputy located Lee in the parking lot of Wildcat truck stop in the same vehicle described by the victims.

Found in his vehicle was a .40 caliber Taurus handgun with ammunition matching the shell casing found at the scene. A criminal history check confirmed that Michael Lee was a convicted felon and also had a parole violation from Bell County.

He was arrested and lodged in the Knox County Detention Center charged with wanton endangerment – 1st degree, possession of a handgun by a convicted felon, giving an officer false identifying information, assault – 4th degree (minor injury), and he was served the parole violation.