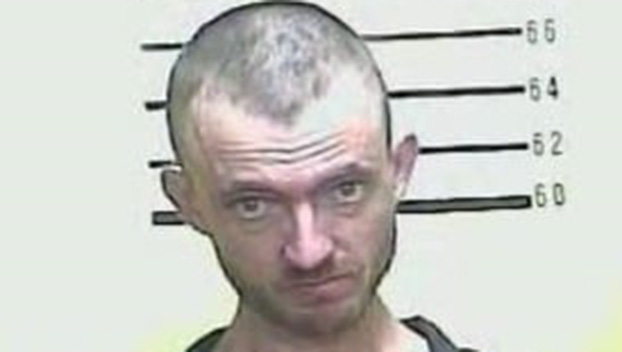 On Monday, Nov. 22, at approximately 10:20 a.m., while on routine patrol, Bell County Deputy Edward F. Dray III was dispatched to Clear Fork Missionary Baptist Church in response to an unknown caller stating that a male suspect, was on the premises, with a door open, and may have burglarized the church.
Upon arrival, Deputy Dray observed the front door of the church open and he saw Jonathan Kendall Robbins of Middlesboro standing inside the doorway exhibiting signs of being manifestly intoxicated.
Deputy Dray’s investigation revealed that Robbins had two outstanding warrants and he was placed under arrest. While being taken into custody, Robbins resisted arrested and had to be carried to the deputy’s cruiser.
A search incident to arrest revealed a door key, which the investigation revealed was hidden by church staff under a rock at the church and was the key for the front door. The key was seized and turned over to church staff. The investigation revealed that the church did not sustain any type of damages and there were no items stolen/missing, at the time of report.
Jonathan Kendall Robbins was lodged in the Bell County Detention Center charged with burglary – 3rd degree, resisting arrest, public intoxication excluding alcohol, and he was served two warrants.