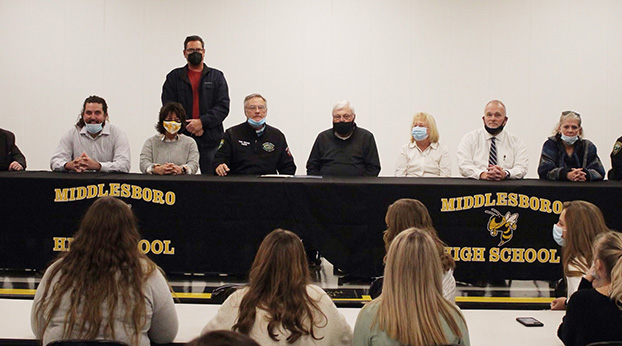 According to the proclamation, the Middlesboro Yellow Jackets football team has had an outstanding season, posting an undefeated record of 13-0.

The Yellow Jackets have secured District 2A and Region 2A champion titles and will play Lexington Christian on Friday for a chance at the state finals.

“Whereas, the city of Middlesboro encourages citizens of our area to support the Yellow Jackets in their quest for the victory this Friday that would place them in the state finals,” reads the proclamation.

Nelson signed the proclamation at a celebration at Middlesboro High School on Monday.

Beshear says get vaccine, booster to stay safe this…