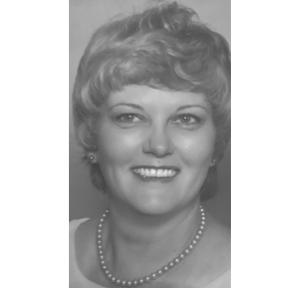 Elouise Bloodworth Hurst peacefully passed away surrounded by her children and dear friend Lisa Bennett on November 3, 2021. Born in Lecompte, Louisiana on July 3, 1943 to the late Joseph and Jewel Bloodworth. Elouise was the oldest of two children. Her father being an officer in the U.S. Army, Elouise was raised all over the United States and in Germany, where she graduated high school in Stuttgart. In 1958 while in Germany, she met and fell in love with Stewart O. Hurst and they married on June 17, 1961. They would spend the next almost 60 years together and have three children.

After Stewart retired from the U.S. Army in Ft. Polk, Louisiana the family moved to Grand Junction, Colorado and then to Marble, Colorado where they raised their family. In addition to raising three young children, she worked various jobs in Marble, Redstone and Aspen. She became very involved in advocating for and raising the money to establish a volunteer firehouse and search and rescue team in Marble. She became a volunteer emergency medical technician in Marble and continued working in the EMS field until her retirement.

Elouise was a force to be reckoned with. Extremely devoted to her husband and children. She would open her home to anyone in need, gave freely, and always had a pot of coffee on. She was known for her gumbo wherever she lived. She always made holidays special, decorating the house, cooking huge meals, and baking cookies. She was constantly remodeling a home, planting flowers, canning vegetables, and making jam and jellies – we have a pantry full! No one ever went hungry – if they did it was their own fault!