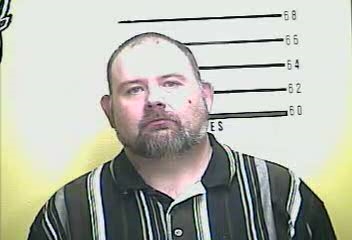 A Harrogate, TN., man is facing a charge of using an electronic device to procure a minor for a sex offense after allegedly attempting to meet an underage female for sex.

According to a press release, a call was received by Bell County Dispatch reporting a disturbance on Old Pineville Pike on Yellow Hill on Tuesday. Edwards responded, and made contact with a woman upon his arrival at the scene. The woman stated her daughter’s father was attempting to make contact with the daughter in order to have sexual relations with her. Edwards made contact with Crowe, who admitted to being in the area to meet the juvenile. Edwards then reviewed messages found on the juvenile’s Facebook account. The messages showed Crowe had made multiple sexual advances toward his daughter. Investigation determined Crowe utilized an electronic device to solicit sexual relations from his daughter when they made contact at the location.

Crowe was charged with prohibited use of an electronic device to procure a minor for sex offenses. He was lodged in the Bell County Detention Center.

According to the citation, Tigue was a passenger in a vehicle involved in a traffic stop. When police made contact with the occupants of the vehicle the odor of marijuana was detected, and a search of the vehicle was performed.  A syringe containing a crystal-like substance believed to be methamphetamine was located under the passenger seat of the vehicle. Tigue claimed possession of the syringe and its contents.

Tigue was charged with first-degree possession of a controlled substance. He was lodged in the Bell County Detention Center.