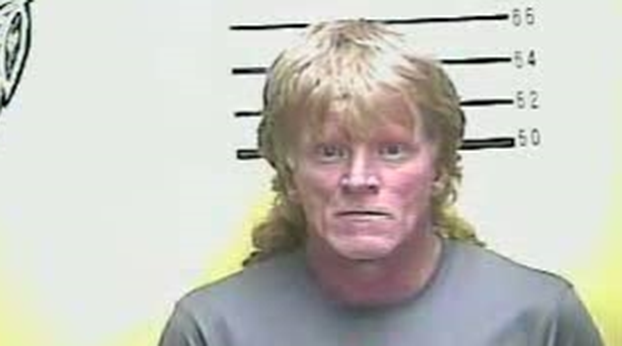 A Middlesboro man is facing charges including strangulation after allegedly pushing a woman down and placing his hands around her neck.

According to the citation, police responded to a residence at Hinks Heights on Sunday. A woman advised police England had become angry when a child threw a ball into a fan. The child was picked up and “whooped.” Police observed a red place and welts on the child’s leg. The woman requested England leave the residence. England then pushed the woman onto a couch and proceeded to place his hands around her throat with enough force to impede normal blood flow and breathing. The woman’s neck was visibly red when police arrived, according to the citation.

England was charged with second-degree strangulation and two counts of fourth-degree assault (minor injury). He was additionally served with a bench warrant. England was lodged in the Bell County Detention Center.

According to the citation, Griffin was found in possession of multiple pills, a .22 caliber handgun and a large sum of money in small denominations consistent with drug trafficking.

• Michael Hensley, 35, of Middlesboro, was arrested on Sunday by Collins.

According to the citations, Hensley was stopped by police at Walmart after failing to signal for a left turn. Hensley attempted to hide suspected methamphetamine by stuffing it into the seat. Hensley was also found in possession of multiple pills believed to be hydrocodone and gabapentin.