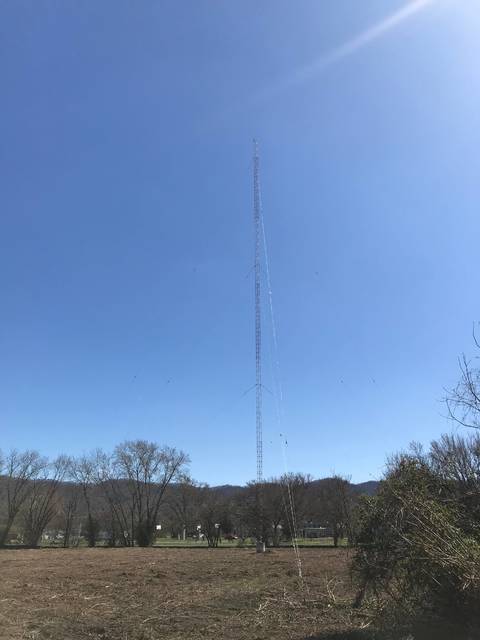 A local radio station that has been off in the area since the tower was knocked over in the fall is almost back up and running. In October, the WFXY radio tower was knocked down by a driver who hit the tower with his truck, which took the radio station off the air. The station has been keeping the community updated on the progress since the fall reporting in January that with the government re-opening, they would be able to take steps toward getting the tower rebuilt. Construction is currently underway, and WFXY Director Frank Smith is excited with the progress. “Should be about two and a half weeks until everything is back to normal,” Smith said. “We will have better coverage in the tri-state area.”

The city of Middlesboro has been awarded a grant for $213,900 to upgrade the mobile and portable radio equipment for the Middlesboro City Police Department.

According to Middlesboro Mayor Rick Nelson, the news of the grant reached the city recently.

“Last week we got some really good news for our first responders,” Nelson said. “We applied for a Homeland Security Grant in the amount of nearly $214,000.”

Nelson was advised of the award via a letter from the Kentucky Office of Homeland Security.

“On behalf of Gov. Andy Beshear, the Kentucky Office of Homeland Security would like to take this opportunity to congratulate you on the successful grant application submitted for FFY 2021 Homeland Security Grant Program,” states the letter.

The award letter states the grant funding is to be used for the installation of purchase of repeaters and mobile and portable radio equipment for the Middlesboro Police Department.

“I want to thank Gov. Andy Beshear for selecting us for this grant,” Nelson said. “I appreciate it very much.”

Nelson explained an issue with the Middlesboro Police Department’s radio communications was the reason behind applying for the grant.

“Former Police Chief (Tom) Busik brought this to my attention, as has (current Middlesboro City Police Chief) Mike Orr,” Nelson said. “Our radios are pretty well outdated, and we have problems sometimes with other agencies bleeding over onto our radios.”

Nelson noted there are certain locations where radio reception is compromised.

“We applied for this grant to update the repeaters on the mountain as well as the radios that the guys carry,” Nelson said. “Basically it’s for safety and we’re real tickled that we got it.”

The radio repeater towers, which are located at higher elevations, provide a signal boost for radio communications.

“It receives a signal and then amplifies that signal and sends it out to areas that are a little bit weaker,” Nelson said.

According to Nelson, the city will meet with representatives from the Department of Homeland Security to discuss how to move forward with the project before spending any of the funds.

Many at the Middlesboro Police Department are looking forward to the upgrades.

“All the folks I’ve talked to, especially our dispatchers, are pretty happy about it,” Nelson said.