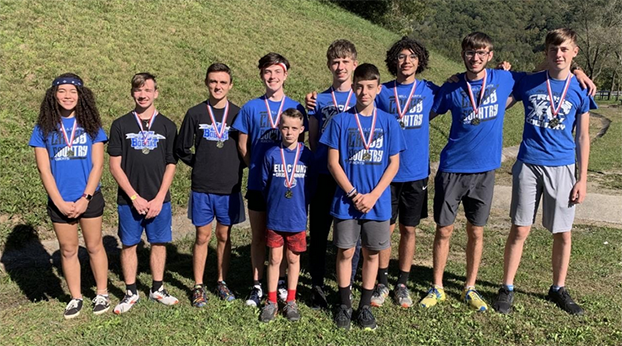 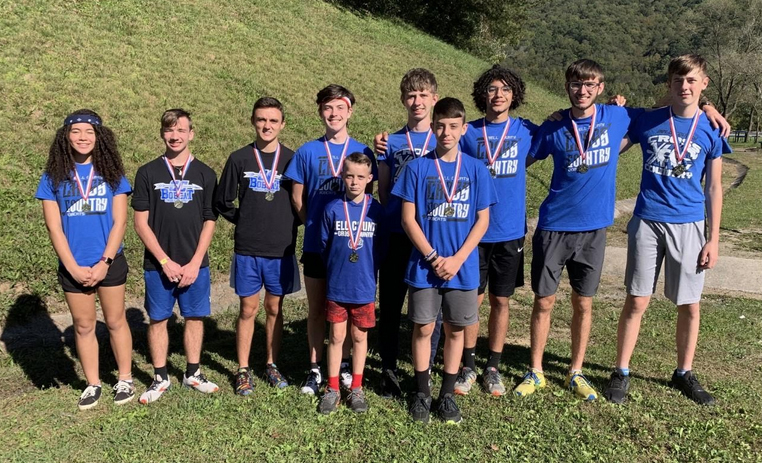 The Kentucky Track and Cross Country Coaches Association hosts one of the largest cross country meets in the state annually known as the “Meet of Champions.” This meet serves as the middle school and elementary state championships while also hosting state class, A, AA, and AAA races.

The Bell County cross country team had several Bobcats with strong showings at the meet Saturday.

In the girls’ class AA varsity race, Milka Woodring finished in 40th place medaling for the Lady Cats. Teammates Jasmine Clouse, Kaylin Hickey, and Jazmine Brannon also had strong showings. On the boys’ side, the Bobcats were led once again by standout Caden Miracle, who was the overall winner of the boys’ class AA varsity race with a time of 16:15.67 over the 5K course. The Bobcats finished 4th overall as a team, just missing out on a team award. Other varsity boy medal winners were Johanan Woodring in 27th place, James Arno in 29th place, Hayden Green in 43rd place, and Nathan Miracle in 44th place overall. Teammates Braydin Hickey and Landon Eldridge also ran well.

“We are having a good season, that’s for sure. This is one of the biggest meets in the state each year and the fact that we had the winning boy runner and several of our kids medal, that’s great for our program,” said Bell County coach Jason Stewart. “The varsity regionals are coming up Saturday and I know our kids will race hard and compete, and I’m very proud of that.”

The next event for the Bobcats was the middle school state championship 4K. Bell County standout Nicholas Stewart placed 15th overall with a time of 15:00.61 in a very competitive field of more than 450 runners.

“Nickel ran well today. He was shooting for top 10 but didn’t have the start he was hoping for. He battled back and held on to 15th place, and in a race like this, we are proud of that. It’s hard coaching your own son sometimes, but I couldn’t be prouder of how hard he’s worked this season. He’ll be ready for varsity region, I have no doubt,” coach Stewart said.

The Bobcats also ran two standouts in the middle school 4K open race. Reese Arno placed 2nd for the Cats with a time of 15:36.42, while teammate Jacob Brannon finished right behind him, placing 3rd overall with a time of 15:37.64 out of more than 220 runners. Both were only a second behind the winner.

“That was a great race by Reese and Jacob. Those boys fought until the end and had a chance to win it. I’m very proud of them,” Stewart said.

“When you put both middle school races together, we have 3 of the top 50 runners in the state currently, and that really looks good for our varsity future. I’m excited about that.”

“Bianca ran well today. She’s learning a new system and picking up fast on what we expect of our runners here. She’s going to be a key part of the girls’ varsity team the new few years,” Stewart said.

The final event of the day for the Bobcats was the 4th and under state championship race. Rising star Tanner Simpson had a strong race placing 8th for the Bobcats in the 2K race with a time of 7:51.19 out of 290 runners.

“Tanner ran his heart out today. He cracked that top 10 and that was awesome. He’s one of the most consistent kids I’ve ever coached at this age, and the future is very bright for this young man. I know he’ll come back next season just as dedicated,” said Stewart.