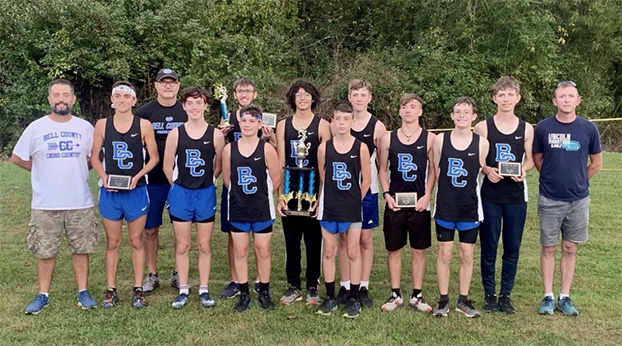 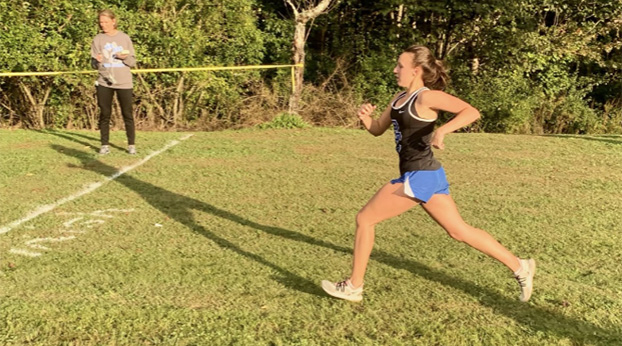 On Tuesday the Bell County Bobcats hosted the SEKC cross country championship. Several Bobcats came away with SEKC honors and the boys came away with the first-place trophy.

“These varsity boys really worked hard today. They ran well and packed together, and when you race like that it makes you hard to beat. I feel like they are heading in the right direction as we head into the final weeks of the season,” said Bell County coach Jason Stewart.

“This was our first boys’ title since 2014, so it was a special win for the these boys. We knew Harlan County would be hard to beat. They are a top-10 team in Class AA state rankings and have one of the best coaches in our area. So our guys had to stick to our race plan, and they did that. I’m very proud of them,” Stewart added.

On the girls’ side, the Lady Cats were led by Milka Woodring placing 3rd overall in the varsity 5K race with a time of 25:10.40. Teammate Jasmine Clouse placed 9th with a time of 27:00.38. Both Milka and Jasmine were named to the All-SEKC 1st Team. They were followed in scoring by teammates Kaylin Hickey in 16th place, Jazmine Brannon in 20th place, Lily Nolan in 22nd place, and Sara Saylor in 26th place.

“I was real pleased overall with how the girls ran today,” Stewart said. “Milka raced really well and ran the middle of the race very smart and ended up with a solid 3rd place finish. Jasmine Clouse ran well also. I really like how she finished the race and earned a top-10 finish. Both of those girls being named All-SEKC is big for our girls’ program. I think they are headed in the right direction.”