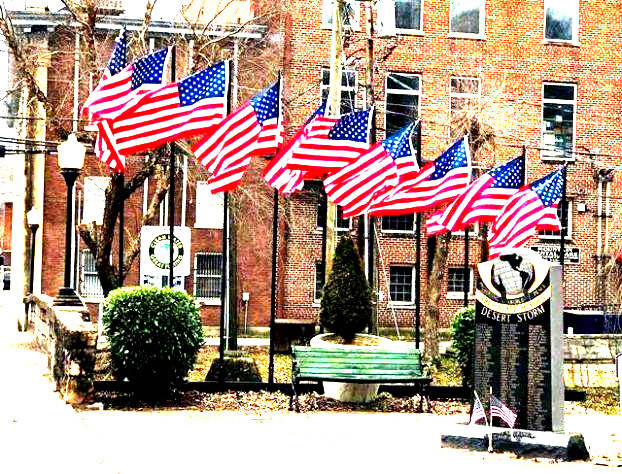 Vietnam Veterans are going to be honored and celebrated at a community-wide event coming up on July 6. The event will be held in the Middlesboro City Parking Lot with information material, food vendors, craft vendors, live entertainment, and a parade to honor Vietnam Veterans that is scheduled to begin at 4 p.m.

The city of Middlesboro is looking forward to its first Veterans Day Parade in some time, with the event set to roll through the city streets on Saturday, Nov. 6.

The event is scheduled for the Saturday preceding Veterans Day, which occurs on Thursday, Nov. 11.

“This Veterans Day celebration, the concept is a hometown thanks to our heroes,” Beaver said. “It’s kind of an old fashioned get together.”

The idea is to hold an event reminiscent of the sort of celebrations that were seen in small towns across the country years ago.

“It’s something you’ve probably seen in old movies where the banners are waving, and they’re celebrating our heroes,” Beaver said. “That’s the concept. We’re having a parade.”

She pointed out the parade will not require participants to build a float, but will be open to all who wish to take part. If anyone would like to build a float they are welcome to do so.

She said Middlesboro has not had a Veterans Day parade for many years.

“We have lots and lots of veterans in our area,” Beaver said. “This is our time to say thank you.”

The parade will begin at approximately 10 a.m. with lunch shortly thereafter.

“The parade is going to start at about 18th Street. We’re going to come on down to about 22nd street, so it’s not a long parade. If you don’t have the endurance to walk a long way this will be fine for you,” she said.

Beaver said the participants will meet up at Levitt Park and veterans will be treated to lunch.

“The people over at First State Bank are giving vouchers to all the veterans,” Beaver said. “You just go over and sign your name and they’ll give you a voucher, then you can walk over to the 1919 food truck and get your lunch. It’s free, if you’re a veteran, First State Bank is paying for your meal that day.”

“We have the Jay Robertson Band that will be performing,” Beaver said. “We are so excited they are going to be the headliner for the day.”

Beaver said any person or organization interested in taking part in the parade or inquiring about sponsoring the event should go to www.downtownmiddlesboro.com for more information or email any questions to downtownmiddlesboro@gmail.com.

The event is free and open to the public.

The parade will begin at 10 a.m. with the day’s activities wrapping up at approximately 3 p.m.