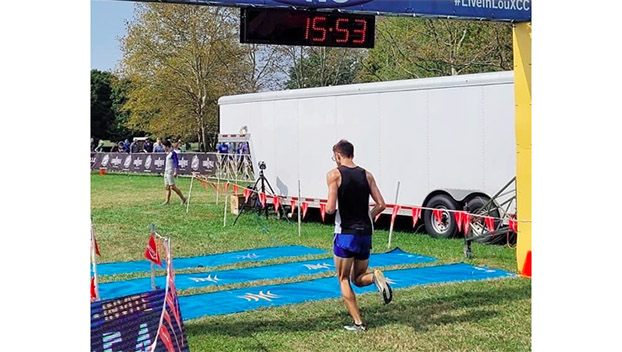 Bell County cross country star Caden Miracle continued his dominate this season with a strong showing at the Louisville XC Classic on Saturday. After winning his first three races of the season, Miracle headed to Louisville to race some of the most elite runners in the state. He finished 4th overall, 3rd from the state of Kentucky in a field of 339 runners while running a 5K time of 15:54.9.
“Caden ran really well today, in a really big meet. Caden is the 2nd ranked runner in Class AA at the moment and he’s putting in the work to win the state championship. This kind of finish in a field with such elite competition shows that he’s on the right path. He’ll keep working and be ready for state, I’d bet on it,” said Bell County cross country coach Jason Stewart.