Calipari plans to use four guards this season 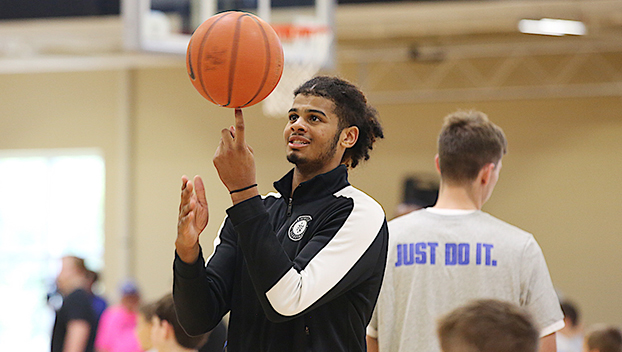 John Calipari insists he is telling his players that he plans to have four positions that are guard positions this season.

“That doesn’t mean I’m starting four guards, but if you want to be in one of those four positions, you’re going to have guard skills, which means you’d better be able to get in that lane and lane touch,” Calipari said.

“You’d better be able to make shots. You don’t have to make them all. You just can’t miss them all. And if you don’t have guard skills, you’re going to be playing as one of our big guys.”

So what front court players maybe have “guard skills” to be able to play perimeter sports in Calipari’s new system?

“Keion (Brooks) has gotten so much better, so much better. I think part of it is (freshman) Bryce (Hopkins) has come in with a physicalness. He’s better than I thought,” Calipari said.

Why is Hopkins better than he anticipated?

“First of all, good with the ball, gets you on his shoulders, and all of a sudden it’s got Keion playing more that way. Keion has one of the best floaters in the country. Shoot it! Less 3’s, more floaters. Get in, take a bounce, let it go. Better,” Calipari said.

“I like that we have physical strength in Oscar (Tshiebwe) and Lance (Ware). We have that shot blocker in Daimion (Collins). So we have the pieces. How we fit them together, that’s going to happen over the season,” the UK coach said.

Former Wildcat Duffy not currently on an NFL roster