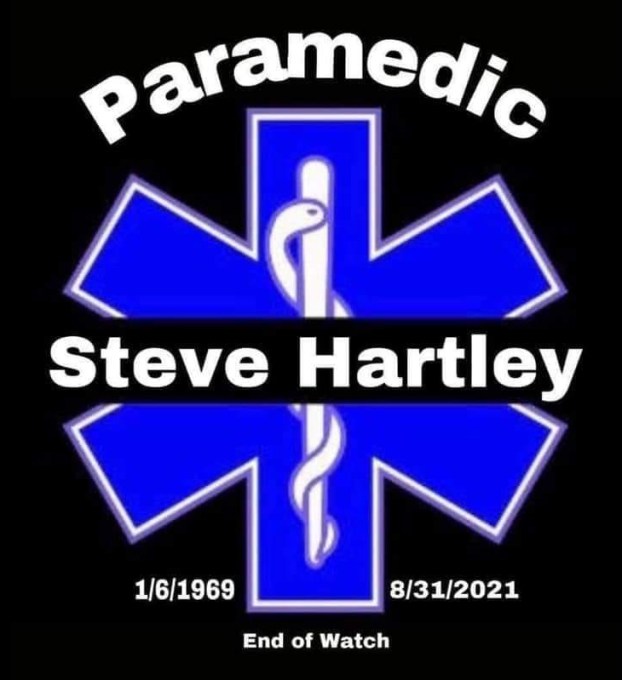 A Middlesboro City Fire Department EMT has passed away, with the cause of death suspected to be COVID-19.

“Steve was with our department for about two and a half years, maybe a little more, in the capacity of paramedic,” England said. “He came here in March or April of 2019.”

According to England, the cause of death is suspected to be COVID-19.

“We have not had it confirmed through an autopsy or the death review panel through the state,” England said. “But he was off from work due to testing positive for COVID.”

Hartley’s position with the Middlesboro Fire Department involved administering life saving techniques to those in need.

England mentioned Hartley occupied a unique position in the department, being the only member of the Middlesboro Fire Department who served only on the EMS side.

“That didn’t make him any less important to our department,” England said. “Steve was a very skilled paramedic, and without a doubt through his two and a half years that he was here, his knowledge, professionalism and ability to provide treatment in the field has had a very positive impact on our community.  He was really good at his job; He was a skilled paramedic that knew how to react under pressure.”

“He worked full time at Middlesboro, part time at Whitley County and part time at Watts Caney Fire and Rescue,” England said. “He’s taken his skill set into the field and helped a lot of people in different communities.”

England added Hartley was an asset as a coworker.

“Steve was just a pleasure to work with and a pleasure to be around,” England said. “He was always willing to go above and beyond to make sure the community was taken care of. His presence will be really missed.”

A Middlesboro man is facing charges including robbery, torture of a dog, and fleeing from police after his arrest on... read more