Woman flees police with infant in her car 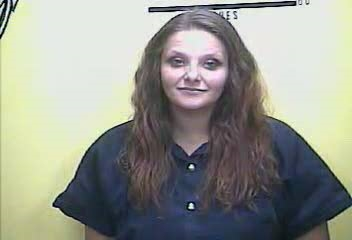 A woman is facing charges including wanton endangerment after allegedly fleeing police in a vehicle with an infant inside.

According to Barnes, he was on patrol on KY 441 near Bean Fork when he observed a red 2008 Kia begin to swerve, crossing the center line multiple times. Barnes activated his lights to initiate a traffic stop, at which time the Kia made a sharp turn onto Russel Lane without signaling and then accelerated. The Kia continued on Russel Lane until the road dead ended at a residence. Before the vehicle came to a complete stop, a man jumped out of the passenger door and ran into the woods. Barnes pursued the man on foot, calling out to him to stop. The individual did not stop and Barnes deployed his taser, but the man continued running. Barnes then heard tires squealing and crashing noises and observed Dixon attempting to get around his cruiser in the Kia. Dixon’s vehicle made contact with a refrigerator and a lawn mower while attempting to depart, also nearly hitting the cruiser. Dixon then stopped the vehicle and Barnes told her to exit the vehicle. Dixon refused to exit and fought with Barnes when he opened the vehicle door. Barnes noticed an infant in a child seat in the back of the vehicle.

Barnes stated Dixon appeared to be under the influence. She was taken to Middlesboro ARH and read implied consent, but Dixon refused a blood test.