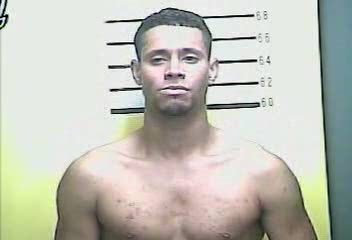 A Middlesboro man is facing charges including assault after allegedly intentionally getting his blood on an officer.

According to the citation, Worthington entered the Walmart in Middlesboro. She switched the bar codes on several items to lower the price and did not scan multiple items in order to deprive Walmart of the merchandise.

Worthington was charged with theft by unlawful taking under $10,000. She was lodged in the Bell County Detention Center.

According to the citation, Barnes observed King behind the wheel of a black 2008 Dodge. Barnes made contact with King at the Crater City parking lot off US 25E.

King was charged with operating on a suspended or revoked operator’s license. She was additionally served with complaint warrants for theft by deception including cold checks under $10,000 and intent to defraud to obtain benefits under $10,000. King was also served with multiple bench warrants for failure to appear. She was lodged in the Bell County Detention Center.